Billions to go Towards Digitization in Europe’s $1.8 Trillion Stimulus 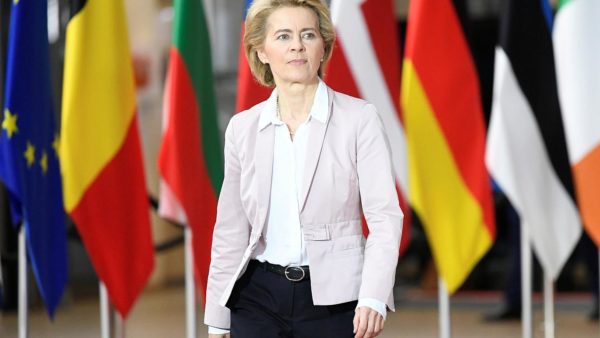 A new Europe is rising out of the ashes of the pandemic with a raft of new announcements that lay the tactical and strategic approach of the European Union towards rebuilding the world’s biggest single market.

In announcing another €6.6 billion will go towards Research, Innovation and Digitisation, they say:

“The InvestEU Programme will provide the EU with crucial long-term funding, crowding in private investments in support of a sustainable recovery and helping build a greener, more digital and more resilient European economy.”

This is just a small part of NextGenerationEU, described as a temporary instrument designed to drive the recovery of Europe, which will be the largest stimulus package ever financed through the EU budget, totaling €1.8 trillion.

“With today’s initiative, we want to strengthen Europe’s role as a global digital player. At the same time, we want to work more closely with Africa, which is tracing its own path towards a digital future.”

So said the European President Ursula von der Leyen (pictured) in announcing: “Today we present our Global Digital for Development Hubs and the first regional branch, the Africa D4D Hub.”

If that’s not enough, European governments have joined forces for a push on semiconductors with Thierry Breton, Commissioner for the Internal Market, stating:

“Europe has all it takes to diversify and reduce critical dependencies, while remaining open. We will therefore need to set ambitious plans, from design of chips to advanced manufacturing progressing towards 2nm nodes, with the aim of differentiating and leading on our most important value chains.

Today’s highly welcomed joint effort is an important leap forward – it will pave the way to the launch of an industrial alliance.

A collective approach can help us leverage our existing strengths and embrace new opportunities as advanced processor chips play an ever more important role for Europe’s industrial strategy and digital sovereignty.”

Overall Europe has dedicated some €145 billion towards digital projects, some including blockchain tech and the crypto space.

They are laying a somewhat reasonable regulatory framework, copying Switzerland when it comes to the classification of cryptos, including tokens, while suggesting one can token crowdfund even with just a whitepaper, albeit a prescribed one.

Many crypto ETPs now trade in the continent which is considering even tokenized stocks as it generally embraces the innovation going on in this space, sometimes with hard cash.

On chips specifically Europe is a key player with a recent shortage due to very strict lockdowns creating a shortage for new car production in China.

In Northern Europe they working on 5nm chips and some are even eying 3nms for industrial production, with blockchain uptake by the industry also pretty advanced.

A blockchain platform launched by Denmark’s Maersk in collaboration with IBM just recently announced they have surpassed 30 million containers passing through the blockchain, claiming significant savings by bringing processes down from weeks to seconds.

China for its part has flaunted blockchain mainly in retail aspects, like tracking goods, while Europe can potentially use it in more industrial settings, like smartifying cars or creating energy markets from electronic car batteries to local grids.

As trillions are now flying about some of this will probably make it towards these new technologies that include the blockchain and crypto tech, with Japan also announcing recently a $700 billion stimulus package.

The new Biden administration is also expected to come out with a bang in the new Powell-Yellen team which faces increasing competition especially in tech where a number of emerging technologies are seen as very strategically important for the coming years and decades.