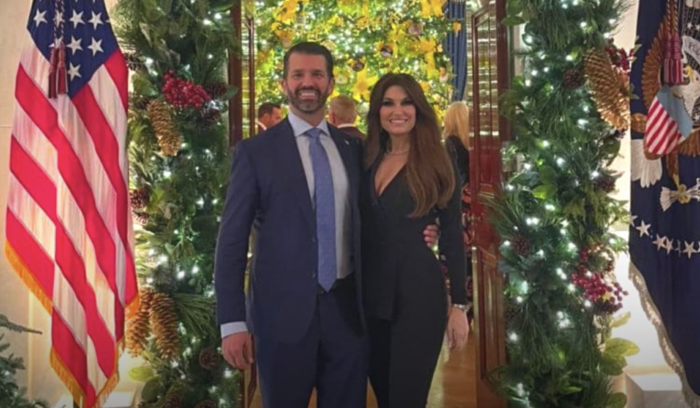 Donald Trump Jr, together with Kimberly Guilfoyle “has assembled a group of leading journalists, public figures, and capital partners who will collaborate with blockchain research group Overline to form Overline Media Partners (OMP).”

That’s if the press release of this little known startup is to be believed, with Trump Jr purportedly stating:

“Americans know the media is broken, we don’t have to focus on the negative. The need for accurate, censorship-proof news is both a fundamental right and an enormous opportunity.

Together with Kimberly and the amazing people in OMP, we have the technology, capital, and moral imperative to build this. Let’s get it done.”

Their plan is to “buy-or-build” assets in cable, print, and digital distribution. In addition Overline’s CEO Patrick McConlogue says:

“With Overline Verified Viewer, networks use popular blockchains to award viewers with digital coins that prove their viewership of a given segment or news anchor.

Trump Jr has riled up against the media, stating: “The Democrat-media complex is bought and paid for by the Chinese Communists.”

“The owner of NYT, Carlos Slim, happens to have extensive business ties with the Chinese Communists,” he also said referring to NYT apparently not informing its readers that “Congressman Eric Swalwell, who sits on the Intelligence Committee, had a relationship with a Chinese spy.”

However, Overline has yet to respond to our request for some evidence of what would be fairly big news if the two are indeed launching a new media company that runs on the blockchain.

It wouldn’t be surprising as there has been long speculation Trump might launch his own TV station after leaving the presidency, but whether he will do so or otherwise, remains to be seen.