US Dollar Heads to Bottom 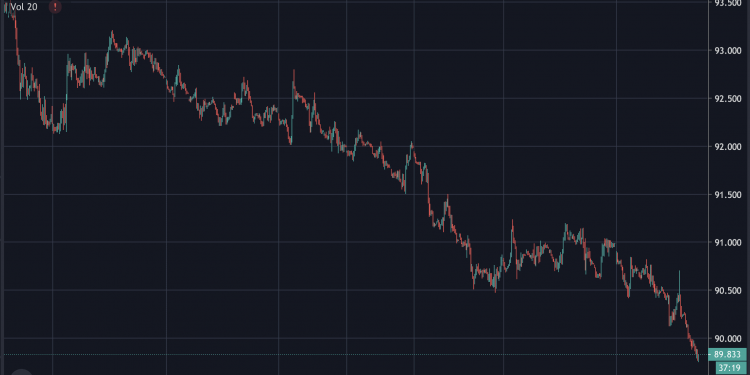 The dollar lost another 0.7% today, continuing its downwards trend that nears 2018 lows.

The currency has fallen by some 13% in its strength index since March, down from 102 to now less than 89.

It has lost significant value against many currencies, including the euro and even the brexit ravaged pound.

Swedish krona has gained the most on a tight monetary policy, as has the Chinese yuan which has gained some 10% against the dollar.

Losers at the bottom are gallopingly inflating Argentina and speculatively attacked Turkey, with the Brazilian real losing significantly too.

Switzerland however has been the second biggest gainer and that has worried their central bank considerably, intervening to temper the safe haven money by the stock traded central bank.

That led America to call them a currency manipulator, arguing the Swiss central bank intervention this year has amounted to 14% of their GDP.

This has created a rise in the trade surplus they say, which is apparently due to gold exports, presumably to escape the devaluing dollar.

The dollar has been weakening for decades, but it was bigly dominant in the 80s and 90s, with the picture quite a bit different since 2002.

Presumably they printed and printed to fund all the wars of that decade, with more printing following to bail out the banks.

We get a bottom of sorts however in a sideways to 2014, with it then suddenly surging as yuan gets into trouble.

Shanghai stocks crash 70% shortly after. China’s central bank engages in mass devaluation to prop up its exports. A sudden move in 2016 by PBoC shocks markets, leading to mass capital outflows.

PBoC brings down the hammer, enacting strict capital controls and going after all loopholes to the point they close off entirely bitcoin exchanges in September 2017.

Tariffs and a growing economy leads to a strengthening dollar to the point the dollar itself was the best performing asset in 2018 after a somewhat speedy increase in interest rates.

Since then however there may have been a double top with that 92 support broken. Meaning the dollar may head towards 80 or even lower with the Biden administration expected to engage in loose monetary policy.

This dollar fall is benefiting most assets, but none more than bitcoin which neared $24,000 today seemingly driven primarily by USA.

The picture isn’t much prettier in Europe however. Some €1.75 trillion is to be printed until summer next year in addition to all the printing they’ve done already.

That is driving even Greek government debt bonds into negative territory as ECB buys them up, meaning only the most desperate savers would hold them.

Others have to go look for other assets, with stocks rising as well but cryptos are rising significantly more.