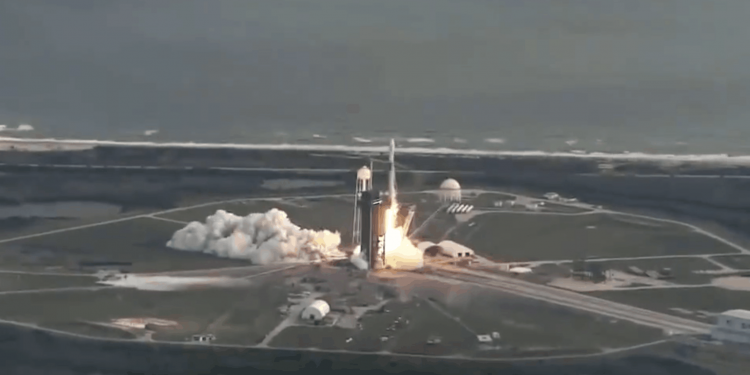 Dogecoin is up some 15% following a tweet by Tesla’s and SpaceX’s (pictured) CEO Elon Musk.

“One word: Doge,” he said, and that was enough to launch the doge rocket with the flight appearing clear so far, although we’ll have to wait for the landing.

But bitcoin didn’t seem to care because that now runs on $1 billion investments by big money boys.

A slightly dejected Musk then said “Bitcoin is almost as bs as fiat money.” Almost.

And presumably almost because fiat can’t run on Mars. Bitcoin? Well, some say it can’t either, but we think it can if you link it with sidechain and do bleeding edge code based network architecture that maybe finds a loophole in the speed of light somewhere.

That’s for Musk’s kids to figure out tho, he just needs to open the space ways first because doge is on the rocket.