Gab Promotes Bitcoin as the Platform is Swamped After Trump Ban 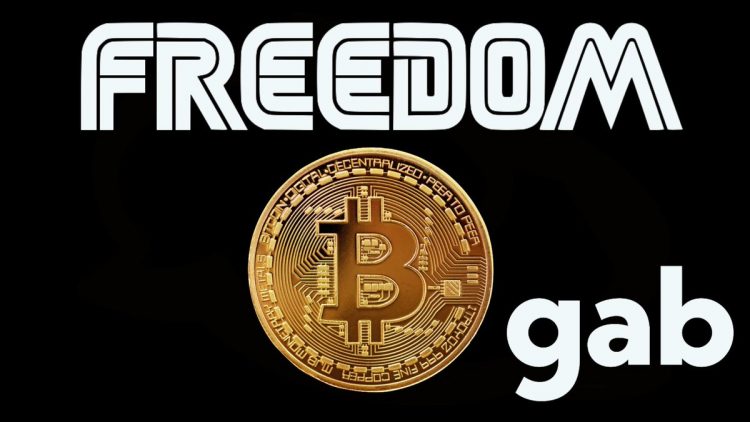 Gab is experiencing a natural DDoS attack amid an exodus with the platform stating some 500,000 users had joined in a day as the site sees 18 million visits.

The platform runs its own servers and has managed to get an unbannable mobile app through Mastodon.

As Parler is banned from Google, Amazon, Apple, their lawyers, email and text service providers, conservatives – that are so confused they downloading a porny app called Parlor – might be left with little choice but to try Gab.

Unlike Parler, Gab doesn’t have mainstream services like Amazon cloud because they were banned of everything back in 2018, including from payment processors.

They adopted bitcoin, and thus in this crucial time for the platform when it may well rise to be a real alternative to twitter, they’re taking some of their time to inform their users on what is bitcoin with Gab stating “Bitcoin is free speech money.”

“Increasingly businesses and individuals are being cut off from traditional payment processing, banks, and more online. This includes Gab.com and our founder Andrew Torba, who have both been blacklisted by VISA as well as payment processors like Paypal. Bitcoin solves this problem,” they say.

Conservatives are currently outraged by what they say is an attempt to silence them with some republicans saying they plan to make tech censorship part of their campaigning platform.

The coordinated move against Parler, a little known app which nonetheless has attracted the obsession of some left media since summer, has plenty wary about the new capabilities of what can only be called a censorship machine.

The internet is designed in its foundations to route around censorship however, and that is precisely what will happen but potentially in a superficial form where you have left twitter and right twitter busying themselves with matters no one cares about, in the process effectively deplatforming the real people, the vast majority of the public which is independent.

The dominance of American platforms in these matters moreover is in some ways bringing their culture wars to the global internet in what could well develop into tech wars as current dominant platforms begin being perceived to be authoritarian and left wing.

Where bitcoin is concerned some of the 70 million Trump voters moving to Gab might begin hearing about bitcoin and how this is free speech money as well as how they can use it to support these platforms that are now providing them an avenue to engage in public debate.