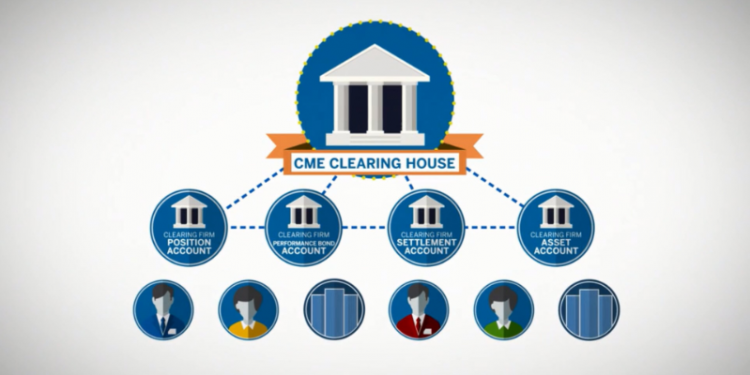 The shocking events unfolding whereby financial service providers suddenly deny entry to a market while still allowing sell orders, has politicians on both sides of the divide united in condemnation with courts to have their say too, though no urgent injunction has yet been filed as far as we are aware.

One can however have an interpretation of the events that go beyond ‘powerful funds rigging the game mid-play’ because clearing houses most likely do have very good reasons to be worried about a potential short squeeze to infinity.

Clearing houses are the little known pipeline that makes trades possible. We’re all familiar with the double spending problem. Bitcoin solves it through a global collective where at least 51% is honest. In the analogue world, it is solved by brokers and the like together owning a trusted entity called a clearing house that somewhat manually moves ownership from one to the other.

It’s like putting a stamp on a paper to make it official, with clearing houses having the authority to say at any one time who own what and how that has changed through a settlement process that can take days.

Because all liability and assets go through the clearing house, with clearing houses acting as a “buyer to every seller and the seller to every buyer,” they open themselves to total risk if one party can’t meet its obligations, especially during that settlement window.

“What happens if they go bust? I can tell you the simple answer: mayhem. As bad as, conceivably worse than, the failure of large and complex banks,” Paul Tucker, the then Deputy Governor of the Bank of England, said back in 2012. The Economist says a regulator described clearing houses as “too big to fail, on steroids.”

The gamma squeeze of the GME stock therefore could well be something that doesn’t just affect some shorting hedge funds that made a bad decision, but also the entire system of liabilities and obligations managed through these central registries where “through novation, the original contract between the buyer and seller is extinguished and replaced by two new contracts, one between the Central Counterparty Clearing (CCP) and the buyer, and the other between the CCP and the seller.”

Thus, in a short squeeze scenario to infinity it would be the clearing house – and by association all the financial institutions that own and back it – that would have to pay that infinite price.

As such it appears clearing houses have taken action, with one broker revealing as much. Webull said:

“Due to the extreme volatility in the symbols AMC, GME, and KOSS, our clearing firm will no longer be able to support clearance on these symbols. As a result, Webull is forced to set all transactions in these symbols to liquidate only.”

Unfortunately they do not reveal who their clearing house is, but they’ve clearly taken the decision they do not want to take any more liability because there could potentially be cascading risks that are too big to bail.

It is precisely because of this that many in finance see bitcoin and the blockchain technology behind it as a game-changing breakthrough invention because it does away with this novation or counterparty risk by in effect crowdsourcing ownership validation to 51%.

A tokenized stock running on ethereum therefore would never meet a legitimate reason for deplatforming to minimize too big to bail risks because there is no central registry that is taking all liability.

So if we assume that everyone did really want this stock to play its course, it may well be the case the design of the system just can’t allow it because its pooling of liability opens all to the risk of one.

This could be a reason why many in finance have been looking at blockchain technology and have been trying to adopt it, but as with the internet in the early days the best they could do is put a jpeg flyer picture up and call it a website.

Where stocks are concerned however the old and the new can adapt a lot more easily because the stock is in effect an abstract market creation.

Instead of having it on paper, and so needing these clearing houses to move paper ownership in a way that opens everyone to total risk, you can have it in a smart contract and then the ethereum network acts as the clearing house itself, but without taking any liability as all is direct trading validated by the node operators.

Then the shorters and longers can tug war all they want in their bull and bear parties, with the underlying rail system unaffected as the market goes about its business.

So suggesting that tokenized stocks are inevitable because of their clear superiority in as good as eliminating risk where the too big to bail one is concerned, which is also too big to ignore because sometime they have failed, albeit not fully… yet.