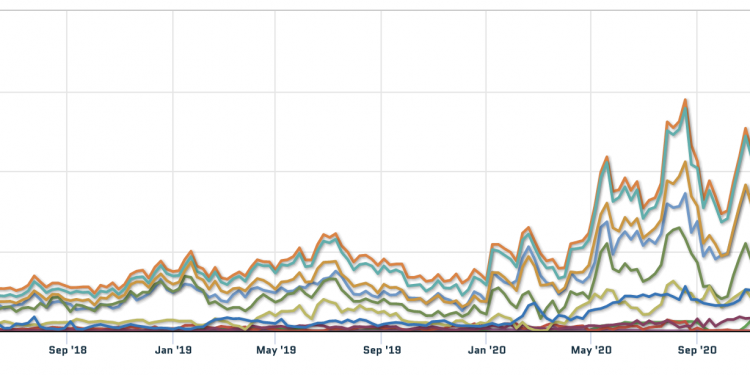 The latest data from the Chicago Mercantile Exchange (CME) reveals that hedge funds are twice more short than long on bitcoin futures.

There were 7,991 shorts contracts by hedge funds as of this Tuesday according to the Commodities Futures Exchanges Commission (CFTC) which finalized the data on Friday.

Each contract is worth the equivalent of five bitcoins, meaning they are shorting 39,955 bitcoin worth $1.37 billion.

In contrast these leveraged funds, which are generally hedge funds, are long only 3,605 contracts, worth $600 million.

A considerable gap seems to have opened between hedge funds longs and short since late October.

And while both have fallen slightly, longs have fallen a lot more proportionally from 5,400 contracts in November 24th to 3,600, while shorts are down from 9,800 to about 8,000. So increasing that gap.

It’s not clear whether this is reflected more widely, but bitcoin has been falling last month, so it appears shorts have piled up.

That could potentially open them to a short squeeze as although these are paper contracts, someone has to hedge with the actual bitcoin to cover the position, especially here where there’s a significant gap even between total contracts which have a 12,500 bitcoin difference in favor of shorts.

These short squeezes, and when longs get exuberant long squeezes, is actually probably one big reason for bitcoin’s volatility which here fully plays out as no one can halt trading or cancel the buy/sell button.

So bitcoin has been rising recently, partially perhaps because too many have shorted according to the data.