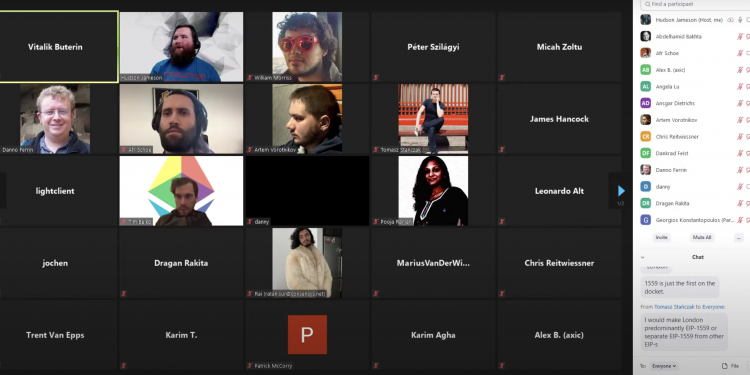 After much public discussion and a call with miners, ethereum developers have approved the fee market EIP-1559 for inclusion in the next hardfork expected by July.

In a devs call held today, not one ethereum developer expressed a view against EIP-1559, suggesting this will be included with full consensus among developers.

The only part that courted discussion was whether the difficulty bomb delay should be packaged together with the EIP-1559 or should be separated.

The devs decided in the end to include both together, with Hudson Jameson, the call’s chair, stating:

“We’re all in agreement, rough consensus, for EIP-1559 and the difficulty bomb delay to go in for London.”

‘London’ is the stand alone hardfork for EIP-1559 with Tim Beiko stating the EIP should all be done by April, giving a few months for testing ahead of its inclusion in July.

This coming fee fork is one of the biggest upgrade in eth, with it doubling capacity once it goes live.

It will set a base fee for network inclusion determined based on the level of network congestion with it targeting 50% capacity.

That base fee is then burned, reducing total supply at a variable rate depending on how many people use the network.

In return miners have gotten yet another delay in the difficulty bomb which could have been left there to increase pressure for the deployment of the merger whereby ethereum goes full Proof of Stake.

With this delay that merger is probably another year out, at best, but ethereum finally now gets some capacity this summer and a change in economics whereby during periods of high congestion, eth becomes a deflationary asset in reduced supply.