Musk Chickens Out on NFT 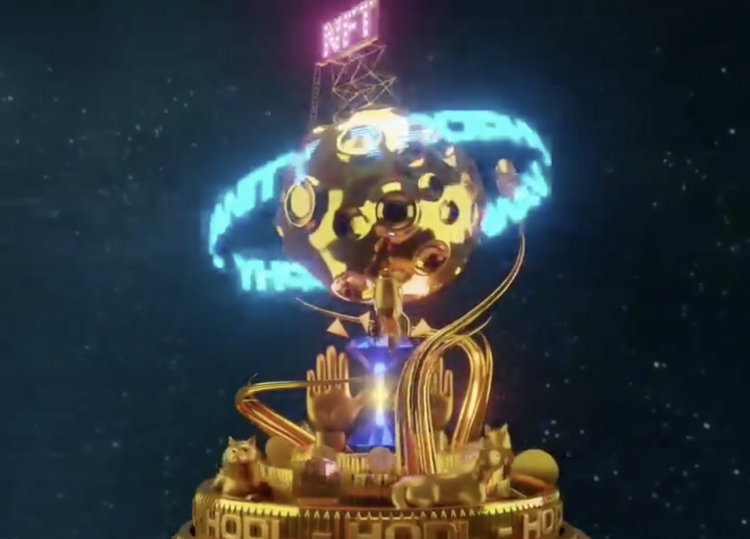 Elon Musk, the Technoking of Tesla and the richest man on earth has turned down a $1 million offer for an NFT song about NFTs.

Presumingly jokingly and trying to be clever, Musk said: “I’m selling this song about NFTs as an NFT.”

People were willing to buy it however, and they took the joke further by turning his tweet about selling the NFT song as an NFT, into an NFT itself:

Apparently a lot of people want this niffty and they’re willing to put some serious money behind it, but Musk changed his mind.

Axtualeh “doesn’t feel quite right selling this. Will pass,” he said with it unclear whether Grimes is crying now.

Also there’s seemingly a new meme developing about some old-ish Musk pencil portrait that is presumably a proxy war debate about just what is art and just what is its value.

One way to tackle that is just how much Musk would have paid for that Vanity NFT song to be created before it was created and presuming he knew what was to be created and further adding the condition that it would have not been created if he did not pay the acceptable price to the artist.

The artist in question may well be just one person, but it looks pretty professional, has original music, the art work is original with many memes, and so it could well be a team.

It could have taken them just a day to put it up, or a month, or even longer if we account for the experience they may have needed to create it all to such a level that Musk likes it and tweets it.

From that we derive a ‘cost to eat’ for these artists to create art that is original, beautiful, entertaining, symbolic, just fun, or nice.

However as we’ve learned during the past two decades or so, no one actually cares whether they starve. So we need a more objective basis to get out of the destruction of the art world by subjective post-modernism on the one hand, and by the communistic nature of digitization where the art world has been concerned so far.

That objective basis is proof of originality. In 20 years if the art world is changed, this specific song may well be seen as the very first in that revolution of the art world, and thus it may take a different meaning, and so have a different value than just an mpg or gif.

Would it then matter if, for example, a communist star was added to this gif and our children are taught in school that this gif is hailing communism, and that the artists were expressing the rise of communal art with this gif, exampling we so develop to a 1984-ed environment?

Of course it would matter, but would there be evidence against it if all the original versions have been removed and replaced with the commie version?

Does Art Have Value?

Art is encapsulated in this gif where you have a globe surrounded by a slogan, here presumably meaning the media, with stairs taking you to NFTs – the superior media medium? The globe sits above the pendulum of time, which itself rests on the egyptian-like shibes, and then you have a sort of pyramid of slogans below like hold and computer with the song itself saying: “NFT for your vanity. Computers never sleep. It’s verified. It’s guaranteed.”

The NFT therefore is speaking through many layers. A silly trophy NFT for your vanity is the cloaking layer that makes it cool and opens the debate.

Once the debate is opened, then you can read this piece as saying why should this work not have value when art is mass communication that survives the sand dunes of times through computers that never sleep, which guarantee this and also verify it.

A good answer may well be because the latter two are not quite proven yet. These are very new things, and thus claims need the passage of time to stand up to scrutiny.

Yet if they are even somewhat shown to stand up to their claims where it concerns immutability and preservability, then it is difficult to not see the art world as grabbing this helping hand and just run with it.

Because why shouldn’t an NFT by the richest man on earth that is sending us to space, of a song heiling the arrival of new digital art, not have value if it can be sold and bought?

Of course one should always remember that what is appreciated in the present, isn’t valued very much in time, with very few works surviving that test.

So plenty of these works have little value in part because art is a very competitive field to shine, but now there’s an opportunity to speculate on all this, and although a lot of that speculation will be wrong, presumably some of it will be right.

That includes speculation on whether these things are a thing at all. In the present, all we can know is that there is something, but whether a pet shop or an amazon, is for the future to say.

Not least because there is now a debate about just what is art and just what gives it value. In regards to the former, that this NFT is art there is no doubt, but if it has no value, then can there be art?