Did Beeple Crash the Ethereum Ratio? 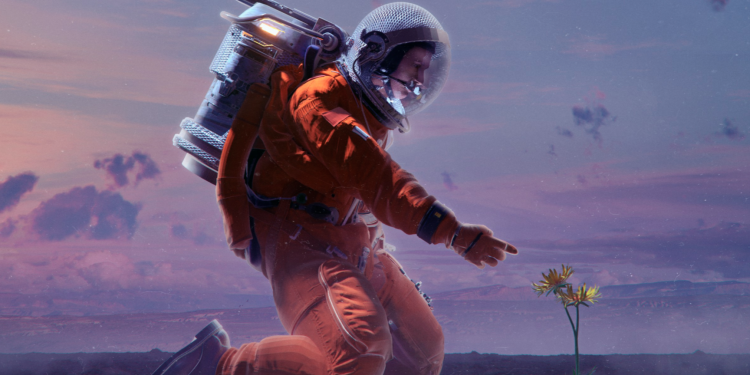 “I’m not remotely a crypto-purist,” said graphic designer Mike Winkelmann, known as Beeple, who sold an NFT of his 5,000 instagramed jpegs created over the past 5,000 days for an eye watering $69 million.

The sale occurred on March the 11th with that $69 million received in eth. He instantly converted it to dollars:

The local peak of ethereum’s value against bitcoin was on March the 9th, so we don’t have a direct coincidence between his non-cryptopurism and ethereum’s ratio decline.

Why ethereum has been losing value against bitcoin despite its defi hotness and nft boom, has been a bit of a mystery.

Likewise many institutional investors have mentioned bitcoin specifically, leading to what in some ways is a ratio collapse for eth.

Part of that massive loss in relative value is due to the heavy selling of eth by Initial Coin Offerings (ICOs) during 2018 in particular and to some extent in 2019.

We may therefore be seeing a replay of this, with some differences. The biggest difference being that the ICO projects were by cryptonians and therefore by crypto ‘purists,’ as Beeple puts it. Thus they held the eth at least for some time.

Here however some jpeg drawer who knows nothing about cryptos is just handed out $69 million worth of eth and as you’d expect from someone who probably doesn’t even know what eth is, he has insta sold it with some swearing along the way and even some air of ‘we all are stupid.’

The NFTed tweet by Jack Dorsey has also probably been converted, but this time to bitcoin, because he too kind of doesn’t know what eth is.

So in effect and to some extent people are selling their eth when they buy these NFTs as the receiver just converts it to dollars.

NFT volumes are somewhat small however, about $10 million, but it is a sell pressure tinkled with speculation that is applicable only to eth and not to bitcoin.

You’d still expect some countenance to this by people that convert fiat to eth to buy these art pieces as generally they are sold in eth, but it is probable that at least 80% of the speculators are cryptonians who already have cryptos, and thus the downwards pressure is probably much bigger.

Hence it is perhaps no surprise that eth’s ratio has kind of collapsed from the recent high of 0.047 bitcoin just this February.

That’s because people are effectively selling their eth for these jpegs on which they speculate while the minter insta converts it to dollars and then even says “fucking NFT.”