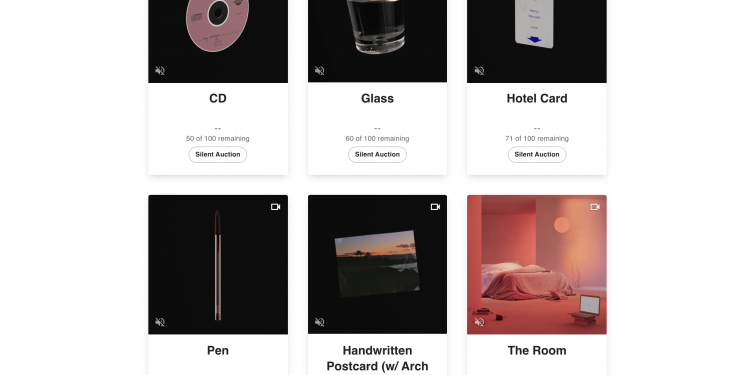 An NFT by Instagraming instapoet Arch Hades has sold for $75,000 on Nifty Gateway, just one of the new platforms for the booming new medium.

It’s part of a collection with singer Rac and designer Andrés Reisinger with 75 niftty postcards sold out.

Each postcard contains a unique one minute song by Rac, making this the first prominent poem to be sold as n NFT.

It says little: “You sing a song that only I can hear / And you, the only one, who hears mine.”

Something a more traditional poet, Rebecca Watts, might describe as “such stuff as madmen tongue, and brain not; the product of a ‘(mind)’ with a limited grasp of denotation and the ways in which words can be combined to form meaningful phrases.”

Hades is also on Zora, another new NFT platform, and there she has just two NFTs each containing a sentence.

So not much of a poem, but poetry is apparently booming. Thanks to Youtube and the like, the dead art form is rising up again from the tombs of Egypt together with the moving mummies there, or more correctly from its departure last century.

People are thirsty for something new. For something that crowds out the propaganda of Putin apparently being the sexiest man.

That sort of brutalism has been given full airtime unchallenged for far too long in great part because the dead end of postmodernism threatened to end not only history and objectivity, but also art itself.

Millennials thus are revolting by fighting for the airwaves, and thus the people’s attention, so that they listen to the pen and not the propaganda, so that they enjoy themselves and life itself instead of falling prey to the terror of the state airwaves.

Such banal poetry thus and even the one sentence NFT is indeed amateur hour, but that’s because this generation has to rediscover for itself first just what is poetry, and then what is good poetry.

The chief aim thus is to create some novelty, and the easiest way to do that is to throw out the book of rhymes and verses which was drilled in our schools to no one’s learning, and instead of being chained by the past, dare those that come behind us to be chained or break the chains we create.

For the old books we have read, and so for plenty it is time to write our own ones that speak to today and compete in the grand narratives of the present, not just consume those of yesterday.

The NFT medium could aid greatly in that by opening up poetry as well as art publishing and lifestyle through the simple but objective trick of proving the originality of the art work.

“For the first time in my career I’m fully independent. This has been 10+ years in the making. I’m going to be releasing music through my own label Minerva and published through Minerva Publishing,” said RAC this January.

Hopefully he is just the first of many, for the pen has stayed silent for too long and it can not afford to do so any longer if we are to not descend any further.

It is time thus we get back the muses to our public squares and plaster them above the sexy Putin portraits. Amateurly, to begin with, as long as in that amateurism we inspire a golden age. So here’s an instapoem (as in instantly created in this case without pause or significant preplanning consideration), our very own of course:

Hands are tied,
by own choices,
or is it armies
invisiblas?

O I’m lazy,
by desire
or is it plots,
that conspire?

Entropy, the hell of heavens,
Energy, needs the slavers.
What is thus, the truth of time?
Let us go, to the birth of man.

Winds so racing, by the river, cold gives pleasure, to thy stiller
Mass destruction, fury force, energy is, cooking horse.
Cooperation, wins the game, warm by bodies, warmy friend,
And so rises, the design, close nit cartels, win the round.

Individual can’t stand,
colllectivas, chemical
break the mold, you can not,
unless magi [NFT] by thy lords,
then you can rise, you collectov.