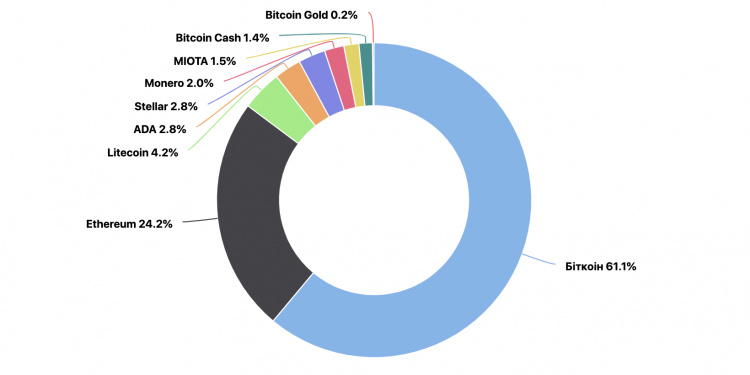 Civil servants, policemen, diplomats, and overall 652 Ukranians have declared they own bitcoin and other cryptos following a law that requires declaration of crypto holdings.

Overall 46,351 bitcoins have been declared, worth $2.6 billion, a significant sum for this country that has a GDP of $150 billion for a population of 44 million.

That is probably in part because inflation there has jumped to 7.5%, up from the usual 2% last year.

In addition tensions have increased again following a plunge in the domestic popularity of Valdimir Putin, Russia’s president.

Apparently they mobilizing troops next to Ukraine’s borders, with the Polish foreign minister to visit Ukraine on their invitation.

Lithuania on the other hand will propose that NATO Allies provide a Membership Action Plan (MAP) to Ukraine.

Ukraine for its part is on a race to get Turkish drones. It bought six already, with 48 being assembled. Apparently it plans joint production in Ukraine itself.

That makes 2021 a very different situation from 2014, with some speculating this is just Putin’s form of ‘diplomacy’ with Biden.

Apparently the Russians have been crying to the Americans that they’re not allies with China. Following Biden’s statement that Putin is a ‘killer,’ relations have been frosty, and that presumably worries Russia.

Where Russians themselves are concerned, they’re probably quite bored of Putin. Many, even in their 30s, have known no other head of state as he has ruled now for more than two decades.

For the past decade however he hasn’t done a very good job, in part because he has been antagonistic towards his neighbors.

Something that would suggest he probably can’t afford what would be a gamble in Ukraine, not least because a war in Europe would very much tarnish Russia’s image to the ground.

Realistically by now you’d think it was time Russians tried that thing called free and fair elections again, not least because Putin seems to have run out of ideas or ambitions with this broken tape of 2014 and the sclerotic growth since 2014.

Russians however seem to by trying more that other thing called ‘exit,’ with many emigrating while some have been exiled, like Pavel Durov.

That makes it sad because as a people they have contributed a lot to science and the arts, but for some reason their central government appears to be a lot more interested in spending money on raising tensions with European Ukraine, in addition to maintaining frozen conflicts in Georgia’s breakaway regions of Abkhazia and South Ossetia, as well as Transdniester in Moldova.

So it’s no surprise Ukrainians are accumulating bitcoin just in case Putin is stupid enough to really think this is the last century, not that that would be a surprise since Russia for some reason seems to be always a century behind, with that reason presumably being dictators exiling their best.