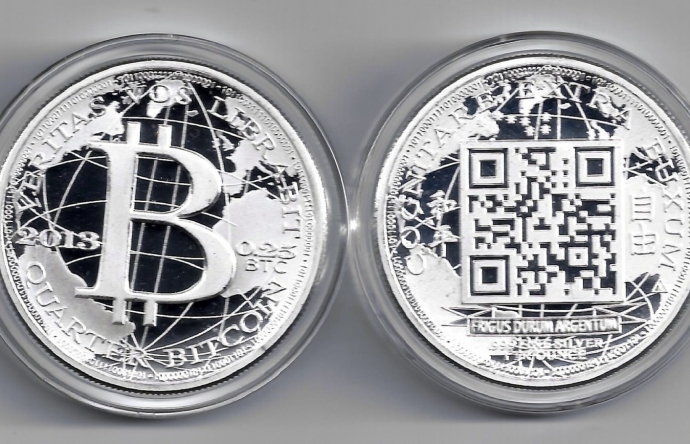 Bitcoin and ethereum combined are fairly close to overtaking the market cap of the second biggest monetary commodity, silver.

Bitcoin’s market cap currently stands at $1,095 billion, while ethereum is at just $240 billion, making it a combined circa $1.33 trillion.

There are currently 1,740,000 metric tons of silver discovered to date according to the United States Geological Survey.

Bitcoin and eth combined thus get to be the first asset in the world to overtake a millennials old commodity money.

Bitcoin by itself needs to increase by another $300 billion in market cap, or some 27%, to overtake silver.

That would bring it to a price of circa $74,000 per coin, something that may well be the next resistance line if it manages to overtake $60,000.

Bitcoiners however are eyeing gold’s market cap, which is about $12 trillion and would require a price of circa half a million per bitcoin.

Silver is arguably more for eth, which it can overtake at a price of circa $15,000 per ethereum, or some eight fold gains from here.

Bitcoin in particular is being seen by some as better than gold at being gold. “Bitcoin seems to have it all,” says Charles Morris of ByteTree Asset Management Ltd., arguing that it acts as a growth stock as well as a hedge against inflation which is more traditionally gold’s role.

If bitcoin gets there, arguably ethereum would take silver’s role, acting both as a substitute for bitcoin as well as a more usable asset.

Both gold and silver however will continue to have some role, not least for wedding rings, but you can’t buy cool NFTs with gold and you can’t bot collateralize gold or silver as you can bitcoin or eth in defi.

Just like gold and silver thus, bitcoin and eth have their underlying use case too, whether for international trade, to buy digital art, or indeed for the naughty weed purchases.

Yet where it comes to the role of being the chief bearer money outside of the fiat system, it looks somewhat clear that both bitcoin and eth are somewhat superior in having a known and for bitcoin a finite supply, in both being usable as a bearer asset in the digital realm as well as in the physical realm through paper wallets or actual coins as pictured above, in both being far more easily divisible, almost impossible to forge, just as much as impossible to debase, and in being extremely easy to transport in addition to being magnitudes more accessible due to all these exchanges kids are putting up across the globe.