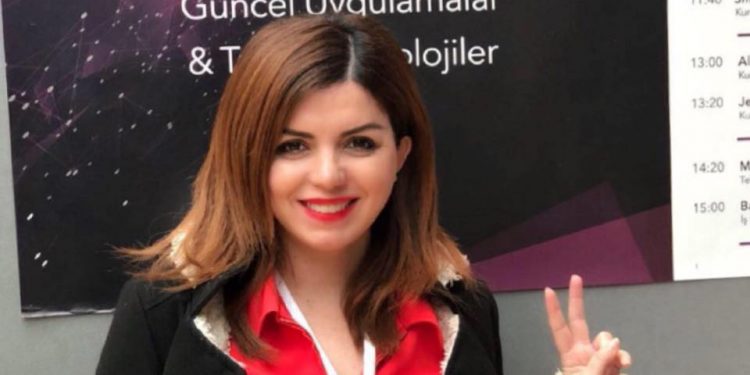 Hours after the Turkish central bank published a diktat banning bitcoin payments, a court case will now decide the matter with Sima Baktas (pictured), the founding partner of the law firm GlobalB, stating:

“As GlobalB is registered for a crypto money license and as we have a cryptocurrency payment business model in our future business plan, we are filing a cancellation case against the regulation of the Central Bank that prohibits crypto payments.”

Baktas said the diktat “is against the Law of Obligations Art.26 ‘Principle of Freedom of Contract’. The provisions of the regulation cannot be arranged contrary to the ‘Law’. Therefore, this regulation should be canceled.”

“When I buy doner, whether I buy crypto, apple or something else, you cannot prevent the functioning of business life with regulations at the bottom of the hierarchy of norms,” she said.

We’re all therefore going to find out whether Turkey has an independent judiciary, with this diktat breaching the separation of powers and the dictum that parliament and only parliament can declare something to be illegal.

“Mastercard announced that it will support cryptocurrencies, Tesla started selling vehicles for Bitcoin, PayPal paved the way for shopping with cryptocurrencies, BitPay created billions of dollars in volume by mediating crypto money payments, Starbucks received payments with Bitcoin through Bakkt. I find it difficult to express my regret that these services will not be available in our country.”

Erdogan’s chief adviser has now backed the central bank. Cemil Ertem, Chief Advisor to the Presidency and Member of the Economic Policies Board, said according to a rough translation:

“The Central Bank has taken an important step today. The CBRT banned the general equivalent function of cryptocurrencies, which is very well placed. Cryptocurrencies are a decentralized savings tool. Therefore, using these systems as a currency can cause irreparable damage to institutions and individuals.”

You can not make law by diktat however. If Erdogan wants to take this step, he has to go through parliament, otherwise an independent judiciary would most likely strike it down as it did in India.

In addition Erdogan ultimately will have to answer to the electorate, with the leader of the main opposition there, Kemal Kılıçdaroğlu, fiercely criticizing this move, stating:

“Blockchain and crypto are the only areas where our $1 billion (Unicorn) ventures will emerge,” accusing the government of punishing “financial technology startups.”

The diktat comes into force on the 30th of April 2021 with it unclear whether an emergency court hearing can be held before then considering the potentially drastic consequences for Turkish businesses as highlighted by the closure of DigiliraPay.