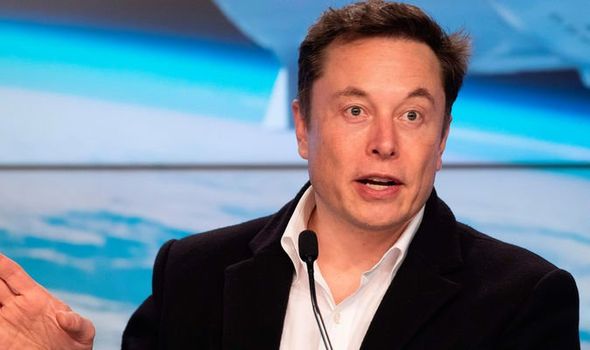 “I strongly believe in crypto, but it can’t drive a massive increase in fossil fuel use, especially coal,” said Elon Musk, Tesla’s CEO.

Energy is required to mine bitcoin, to ensure they’re not created out of thin air. Just as Tesla cars use energy to move. In both the case of bitcoin and Tesla cars, the energy used can be dirty coal, or clean energy.

Thus both bitcoin and Tesla cars are climate neutral, the culprit so being the power generator which holds the decision of using polluting coal or clean energy.

The argument therefore has little merit, but Musk is a meme chaser and a crowed pleaser. He wants to appeal to the dumb environmentalists who equate energy with bad, the simpletons that don’t have much time to engage in fine nuances about the need to upgrade energy production to renewables.

There won’t be such upgrade if there is no demand for energy. The more energy is required therefore the more you’d think it would move to renewable as that’s the only one sustainable.

Nonetheless taking him at his own simpleton argument by which Tesla cars are bad too as some of the electricity they use is generated through coal, Musk also said:

“We are also looking at other cryptocurrencies that use <1% of Bitcoin’s energy/transaction.”

There are two methods to ensure the properties of cryptos. Proof of Work, which is a way of proving ‘identity’ through the amount of computing work, and Proof of Stake (PoS), which proves identity through the ownership of the crypto.

Bitcoin uses Proof of Work and there are no plans to change that anytime soon, but ethereum is to move to Proof of Stake potentially as early as December.

At that point ethereum would use a lot less than even 0.1% of bitcoin’s energy per transaction because to ‘mine’ eth you just have to download a software on your ordinary computer and put 32 eth in it.

That 32eth ‘proves’ identity and thus consensus is reached through all these 32 eths ‘voting’ on the correct history according to the rules of code.

So ethereum would run basically on your laptop. It wouldn’t need specialized software like asics or GPUs or even CPUs. It would in effect need almost nothing, just like Adobe Photoshop basically needs nothing save the license, or in this case the 32 eth.

So by Musk’s own words he should be buying eth if he is genuine about this simpleton ‘environmentalist’ argument where energy usage is bad in itself, rather than dirty energy production being bad.

He may even buy some eth, who knows. He’s just recently become a bitcoiner. He’s flirting with dogecoin. Maybe soonish he’ll find out what smart contracts are and all the cool stuff they doing on eth.

Things like Tesla cars automatically paying the charging station based on the code rules of the smart contract that is unchangeable due to the rules being enforced by the global network.

That’s in fact what the German energy giant, Innogy (formerly RWE), did as far back as 2017, with Musk a bit behind where it concerns actual usage of crypto, in part perhaps because he’s still quite a noob.

Using automated payments for charging stations, however, is just one potential use case for eth. There are many others if combined with sensors, wi-fi, and code automation to effectively give property ownership to machines in what is now being called the internet of things.

So there’s actual use cases for eth, with NFTs and Defi being the easier ones as they are crypto native, but for an industrialist like Musk, he could experiment with eth’s use in industrial settings.