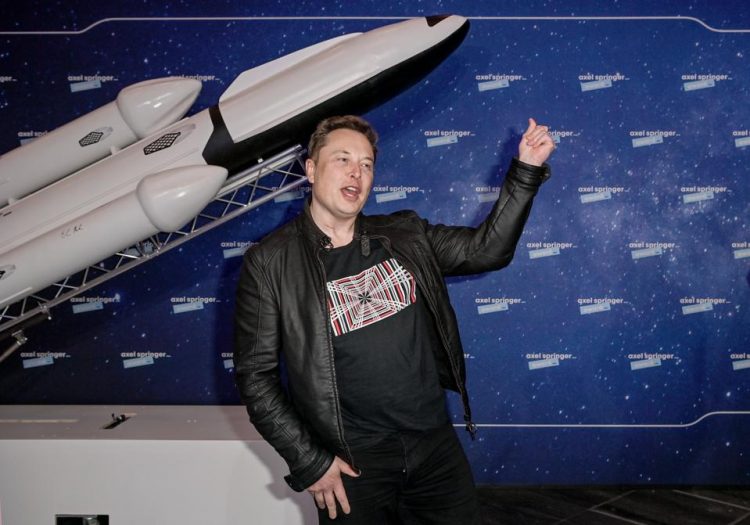 After a turbulent week where Elon Musk criticized bitcoin, he has now come out to say he supports crypto over fiat.

After stating “any sufficiently advanced magic is indistinguishable from technology,” the CEO of Tesla and SpaceX said:

“The true battle is between fiat and crypto. On balance, I support the latter.”

That’s just a day after Musk argued that “achieving truly decentralized finance – power to the people – is a noble and important goal.”

So it looks like he is back to being a cryptonian, but as a fairly new one he is thinking out loud on how to make cryptos better.

That’s a matter that has been subject to much debate with scalability remaining unsolved, although there are many experiments on solving it.

That lack of scalability has led some to launch very misleading arguments where they compare the amount of energy bitcoin uses per transaction through a simple transaction count divided by how much energy the hashpower uses.

The amount of transactions and hashpower, however, are unrelated. You can increase transaction capacity by 1,000x through increasing the blocksize, and still the same amount of energy would be used.

Bitcoin moved $46 billion in the past 24 hours for example and some of them are big transactions like say $10 billion in one transfer.

If the cost of the entire hash asics was say $1 billion, then making a $10 billion transfer may be risky because it could theoretically potentially be double spent in extreme scenarios where somehow you get say $2 billion worth of hash to revert this $10 billion transfer which may be yours, and so you made $8 billion.

If however the cost of the hash asics is $100 billion, then this $10 billion transfer is safe and it starts getting edgy only at $100 billion one off transfers.

That’s in theory. In practice there have been big transfers even when hash was much lower by exchanges moving their cold wallet without any problem because you need a very specific set of circumstances which practically speaking are very unpractical really.

So if a comparison of energy and transaction is to be used, it needs to be how much energy bitcoin uses for the amount it transfers not the number of transactions.

By that measure bitcoin is probably far more efficient than other methods because transferring $1 billion through the banking system is a lot more complicated than through bitcoin.

Where scalability is concerned rather than energy usage, this is a bit political as well as technical. It’s first crypto political: bitcoiners don’t want merchants to insta convert coins into fiat because that lowers price as bitcoiners learned in 2014.

It is also generally political because we are dealing with extremely complex systems that affect the entire of humanity.

Money is at the root of pretty much all things, so an upgrade of it has to be pretty slow and perhaps generational as while the US dollar might collapse, you’d think no rational American would want it to collapse because it destroys everything.

If bitcoin had full capacity to deal with all transactions, then change would have perhaps been too quick and too consequential, although its volatility which in turn led to insta-conversion may have meant it would have been change more for bitcoin than the dollar.

As everything is pretty much at stake, one has to move very slowly and with general consensus not least because those that want to use the bitcoin network can use it and ultimately the price of bitcoin was not adversely affected, to the contrary, by the small blocks crowd winning.

Thus we perhaps have a fine crypto system where innovation and experimentation flourishes while we have not a French revolution, but more a British glorious one.

This also gives us more time to learn more about these crypto systems which even two or three years ago were called experimental even for bitcoin until we declared they are no longer experimental at a technical level because they are just code and we can fix code.

They arguably however remain experimental at a societal level because all of this is very new and things like Defi are still even technically very experimental while NFTs are even conceptually experimental.

Thus there’s no reason to rush matters when we’re dealing with a most fundamental ingredient and glue as well as engine of society, money.

Instead, since decisions so far have had a beneficial effect price wise rather than an adverse effect, we can move at the consensual pace and perhaps even at the generational speed of upgrade.