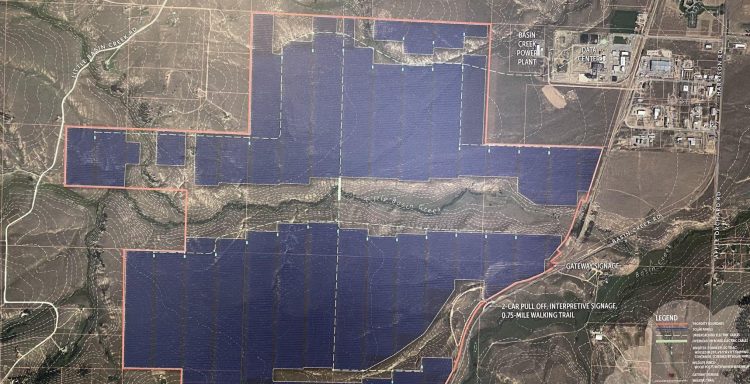 700,000 solar panels (pictured) that can power 40,600 single family homes are to be rolled out in Butte, Montana, pending zoning permits.

The project is by Madison River Equity LLC which is seeking a special use permit from the Butte-Silver Bow Zoning Board to install a 1,600-acre solar array, the Basin Creek Solar Project, on private ranchland in south Butte.

It will produce almost 300 megawatts a year, 75 of it for Coin Miner LLC, a division of Atlas Power owned by Rick Tabish’s FX Solutions which also owns Madison River Equity.

The rest, 225 megawatts, could go to Northwest Energy or other utilities, including other industries in Montana.

If approved, this will be one of the biggest solar farm in the United States, boosting green energy production across the country.

The funding primarily aims to power bitcoin and GPU mining, with eight new buildings containing a mining farm as well as a programming academy at the facility.

200 jobs are to be created during construction, including 10 permanent employees to maintain the solar panels, while the Atlas buildings will offer work to 90 people, including 60 union electricians.

The entire project including construction and materials costs $800 million with the solar project costing $250 million.

So making this one of the biggest very green bitcoin mining operation in the United States and the world with bitcoin mining beginning to boost renewable energy production as two thirds is to be sold to the grid, potentially replacing coal or other dirty energy sources.