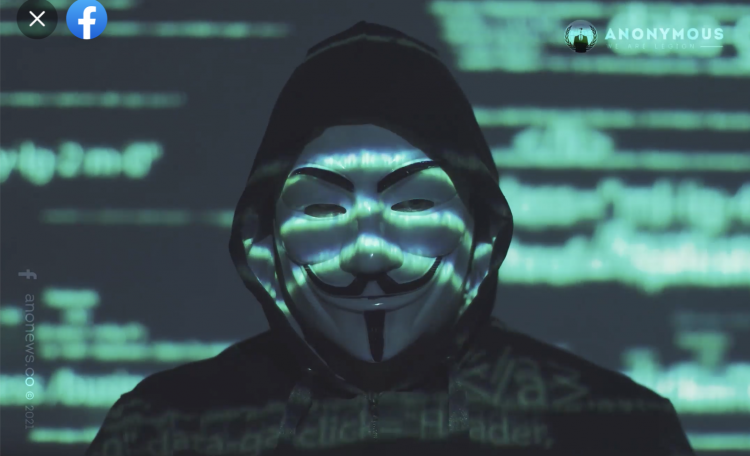 A video posted on Anonymous Facebook page to its 11 million followers alleges Tesla bought the bitcoin with government subsidies.

“It is also more than likely that this bitcoin was purchased with money from these government subsidies,” Anonymous said, adding:

“It is now widely believed that you have been forced to denounce your company’s involvement with bitcoin in order to keep that green government money flowing into Tesla’s coffers.”

Anonymous however provides no evidence for this ‘widely believed’ allegation, but they make another quite interesting claim:

“The energy use argument about proof-of-work mining is a very nuanced conversation that requires a fairly complex understanding of how power grids work, and how excess energy is wasted by power companies, and sought out by crypto miners.

This is a conversation that you’ve been having for over a year and were intimately aware of, but as soon as your main source of income was threatened you pretended to be clueless in an attempt to play both sides of the fence.”

In a 2015 report the Los Angeles Times says “Tesla Motors Inc., SolarCity Corp. and Space Exploration Technologies Corp., known as SpaceX, together have benefited from an estimated $4.9 billion in government support, according to data compiled by The Times.”

This figure includes environmental credits that Tesla can sell as well as tax credits and rebates to buyers of solar panels and electric cars, but just for the United States.

Tesla is set to receive €1 billion by Germany for its gigafactory, with the United Kingdom and other governments likewise having subsidies for companies like Tesla.

There is no evidence that accepting bitcoin interfered with these subsidies, but Tesla was being attacked at the time for the decision with some saying it burnishes their green credentials.

Such argument had been ignored because miners tend to use renewable energy until Musk publicly made it and then went on to further criticize bitcoin in addition to attempting to set up a bitcoin miner ‘council,’ which Anonymous calls “an attempt to centralize the industry and take it under your control.”

Then he went on to ‘shitpost and troll’ the crypto space according to Anonymous which accuses Musk of causing losses to ‘hardworking people.’

Anonymous further pointed out that Musk was born rich to an emerald mine owner and further claim young children work in Musk’s overseas lithium mines “which are destroying the local environment as well.”

Musk has changed his Twitter Avatar to black since this video came out, presumably a reference to Anonymous, and said: “Don’t kill what you hate, save what you love.”

That was after he stated: “Goods & services are the real economy, any form of money is simply the accounting thereof.”

Presumably that means he’ll now focus on his companies after pumping cumrocket, a completely pointless silly token, after a number of tweets refer to it including one yesterday that said: