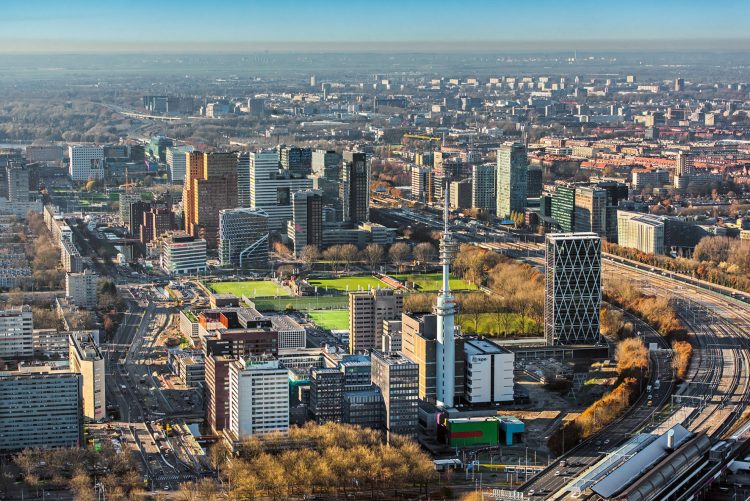 Netherlands has quickly put cold water over any suggestion of banning crypto with their finance minister, Wopke Hoekstra, telling local media “supervision is more effective than a total ban in the Netherlands.”

That follows a bizarre suggestion by Pieter Hasekamp, Netherlands’ director of the Central Planning Bureau (CPB), who said cryptos are gone crash so the government should frontrun it, with the director arguing “the ultimate step is a total ban on production, trading and even possession of cryptocurrencies.”

This bureaucrat has worked in several different positions at the Dutch Ministry of Finance and the Ministry of Health as director of the Health Insurance Department.

Making it very concerning for a country like Netherlands as it appears to indicate a very stark contrast between bureaucracy and business.

Since Brexit, Amsterdam has been rising as a financial center with some momentum. It has competition of course, Paris, Frankfurt, to a lesser extent Milan, and arguably no one has quiet gained a proper edge.

Amsterdam however is by the day seemingly becoming more of a stop. Its position has always made it a trading center for northern Europe, and thus the globe, but London overshadowed it due to its excellent deal of European little America.

With that previously unchallengeable competition so spectacularly shooting itself in the foot, those looking may think Paris has French taxes while Frankfurt has guttentag.

This simplification is unfair. One might be surprised just how comfortable an Englishman can feel in Germany because almost all seem to speak English, as is the case for Paris where even beggars speak English.

In Netherland, English is taught at school, including subjects like math for some of them presumably. It’s little England in some ways, and that can come with the risks of England, including european xenophobia and wider racism.

Nationalism could rise in this country, unlike in Germany for example which in many ways is advancing liberalism and has the haxors underground as well as an overall culture that keeps any infringement at an arms length.

In addition Frankfurt maybe feels more as the center of ’empire,’ but there’s indications Amsterdam is more sophisticated in finance, and they may be the most sophisticated within the EU.

Since 2020 in particular, like New York and Shanghai and London, we suspect Amsterdam’s financial powerhouses have incorporated cryptos in their trading systems, with bitcoin an asset class alongside stocks, commodities, and of course foreign exchange.

Both Germany and France from what we have seen regarding this very limited aspect appear to be slightly behind, but of course this is all very new, so everything can very quickly change.

It’s not clear why it would, however, unless doubts arise regarding Amsterdam’s business environment and long term stability of its liberal order.

In this case, this man was quickly shut down, with the Finance Minister saying banning bitcoin just in Netherland would be pointless, it would have to be at an EU level.

That’s never gone happen within any foreseeable future, but the potential frostiness and what can only be described as the out of touch of the dutch bureaucracy might be making some in finance uneasy, especially as for a European financial center, you’d expect them to embrace cryptos.

On the other hand finance wizz kids appear to completely ignore what bureaucrats say, with the best example being Shanghai which seems to be untouchable by the CCP.

But in the midst of a migration and a changing European order, you’d expect a lot more care by officials as Frankfurt and Amsterdam as well as Paris are currently in an unspoken fierce competition for that coveted crown of the European financial center which as it stands is still very much up for grabs.