China, The End of an Era 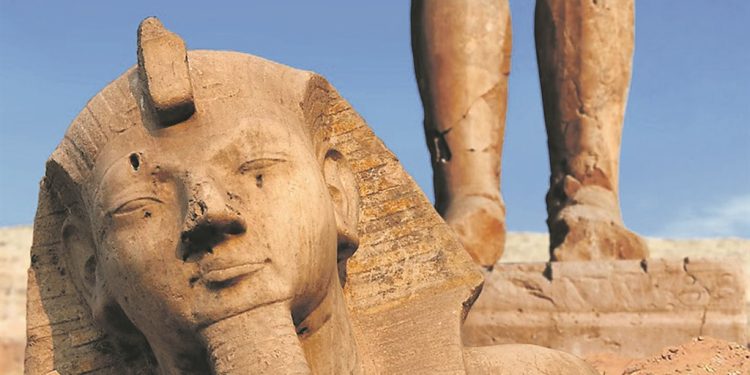 It may be this new era won’t have China as part of it, at least where bitcoin is concerned and obviously at least at an official level.

That’s if reports coming out of there are to be believed with local crypto media stating:

Once dominant, with 90% of global crypto trading and at some point even 90% of the hashrate, now it looks like China will be going down to about 10% of each.

That makes the country irrelevant where this space is concerned, quite a downfall from a big epicenter, with China seemingly becoming more isolationist economically.

They now have no friends, except Russia, but when matters came to a head, Russia was keen to point out it is not an ally of China.

China on the other hand has not been keen to point out anything, and while we speculated of detente over the years, it appears they have only doubled down and have become more irrational.

Irrational where logical analysis is concerned. How can there be bots without bot money, or an internet without a digital currency.

Where their own thinking is concerned, obviously they’ve concluded such acts are rational, for the greater good presumably, for the glory of imperial China and its rightful place to authoritarian world dominance.

Cryptos provide too much freedom, and yet China claims it is a democracy, in its own style. We have no illusions of it, and it must be this is not the only space wronged by bureaucrats who think they know what is the greater good, and who think they so smart they would never conflate their own good with that of the country, or so lucid that their own limited experience and knowledge does not delusion them to grandours.

Pride comes before the fall, and the above chart showing China’s GDP speaks of both. Here is Russia, the little big boy that has to serve two masters:

It is no wonder Putin dreads a policy of isolation and when it looked like it might happen, effectively begged. Not least because there are narrations and then there are the lions.

China is currently in a honeymoon of sorts. We watch it mock, we watch it pandemic, we just watch.

Because it is only right to give full chance to course correction considering the economic stakes for the 1.4 billion people.

The CCP of course thinks of us a mirror, and where the donkeys are concerned, they may even be right. But there is such a thing as humanism, the idea that anyone of us could have been born in China, in poverty or in richness. Or the idea that if energy can not be created or destroyed, then necessarily the atoms will once again gather in the current human form, and they may do so in China.

No one quite speaks of this much among some drums of nationalism, especially in China, but if their Marxist economic exploitation of China by the west critique is right, didn’t China benefit the most?

Globalization has its weaknesses, including our property under an authoritarian jurisdiction, but the aims and ambitions of our grandfathers after the atrocities and lessons of the global war, do find comfort on the hands of the lions upon which the fate of China stands.

It is theirs the judgment and decision, of the Chinese people and the Chinese government. We just watch.

If nationalism, we’ve dealt with it for centuries, we know how to deal with nazis and with communists. We know what works, and we know its weaknesses too, as well as its strengths.

And though we’re accused of plenty, we stand upon the highest intellectual foundations of man, proven in both logic and experience.

It is China that has to show why it chooses to diverge from what is self evidently right besides the ability of very few to successfully capture this entire country without any recourse by the captured populace.

China is not what it looks like, there’s much poverty here, it’s very different. We shouldn’t forget this is an authoritarian country, some 2016 devcon-ers whispered. The wi-fi is almost unusable, much control.

Yet we wanted to dream and still do of a great friendship which is interfered by a backwards ruling government stuck in a 19th century mentality that lacks energy or humanistic ambition to advance the entire human race.

And of course we do not quite know who is the Chinese government really, who is the CCP. Not least because it benefits them greatly to claim USA the boogyman as it may do our donkeys. But millennials play a different game for they think the ploys of their fathers belong to the century gone.

As such, the code itself will naturally fight any such irrational objection, with the history of man containing plenty of fights between science and deluded rulers.

Science has always won so far, and while the CCP might slow it down, it perhaps should see it more as a canary of its own weaknesses, it’s own human form.

This end of an era therefore has plenty of blessing, as objectionable as it may be that such fine aspirations won’t initially spread to all.

From a purely ‘the present’ perspective, bitcoin not made in China is a victory after they closed crypto exchanges as their isolationism is contained to themselves.

Bitcoin doesn’t care. Bitcoin has thrived instead and even kids are now going around setting up mines in Europe and the United States in a gold rush.

In fact in many ways no one cares outside of China about the decision of the CCP to harm its own people, especially after last year’s global peoples.

They can enjoy their downfall if so they choose, hubristically claiming a better way while rising because of our way.

The GDP chart proves as much, and so our poem, A Composure to Time:

Memories, at the end of day is man
its atoms, in a collection to reunite
with memories in bones that went.

This real present, with its vivid delight
a stop of energy in the great cosmic dailai.

By the breath of magic speaks this tongue
in presence to the time memorial
and fickle like thy dust at hands.

So in thousand years, or trillion forth
if these words reach your fort
and think of us a time barbar
a people not, pitty lot…

Whether in space, so reading this
to andromed, much achieved
or in this land, if time gone down
and see us here as height of man
or if you are a people new
incomprehensible to this do,
let them all know we are of fire
we hide from present in desire
escape the world in thinking drums
you’re carcatures, don’t know our lohove.

So let me sing, to time it stands
that cosmic noise, immortal sohouls
and see in here allllll history
those that lived strong
and they all live wooohoooo.

By drums I speak this music,
to angels high and angels deep,
to you foremost
saturnos
in glory journy to wondoros.

Convey my message to yourself
and the airs on your hands
with you we stand allll liberel.

In storm and swing
in dust and cold
we are iron loohoore.

And rocks you meet
you kings of east
find them of wata
tooo ee please.

For snakes you may have in your sight
but lions jump to their delight
if their fur yellow angel god
pleases thy man, pleases thy heart.

With courage go and run ooo,
to saturna and jupito
to see what pleasure this brief time
grants to ouur delight mind.