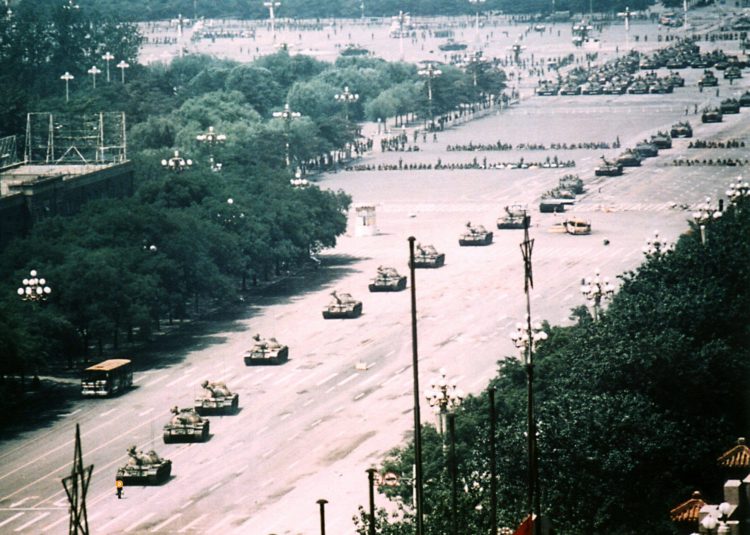 ‘You can’t ban maths’ has been the mantra of bitcoiners who point out you can hash blocks even with pen and paper. Clearly however in China the Communist Chinese Party (CCP) can by its own whim take actions without passing any law to close down giant industrial computing businesses.

In any other country of care, such action would have been met with huge legal battles, but in China no one says a word despite what for some families there must be devastating.

Surely they are not so oppressed as to fear even courts, plenty may have thought. Yet as a recent incident shows, they lack even the freedom to quote poetry:

“China’s government summoned Meituan’s Wang Xing to a meeting recently and warned him to keep a low profile, after the founder of China’s third-largest tech corporation last month posted a controversial poem.”

So says Bloomberg, with the poem written in the middle ages itself quite interesting. “The Book Burning Pit” by Tang dynasty poet Zhang Jie translated in full says:

The bonfire for burning books was not yet cold when the riot in Shandong started,
It turns out Liu Bang and Xiang Yu [who overthrew the Qin dynasty] did not read books at all.”

It is a fair criticism that effectively says if you don’t hear the pen, you risk having to listen to the peasants.

It is also an indication that the capricious nature of Xi Jinping’s governance, where there is no rule of law in as far as having the right to redress in independent courts with the rule of law instead being whatever Jinping thinks, is clearly injuring a lot of constituents and causing griviences.

Of course Jinping and the wider apparatus may have the best intentions, but this state servant is worth billions some allege, and as all dictators may care first about his own power after removing the term limits, rather than the good of the country.

Making the current period in China very much one of a man, than of a civilization, directing the course of its destiny.

The March of Oppression

It is unlikely Chinese authorities knew or cared very much about a sudden boom that was starting there in 2013 when some of China’s best learned about bitcoin.

In the following three years they even seemed to embrace it, but during the bitcoin blocksize wars when there were discussions whether bitcoin is a democracy with people voting and choosing the right path, or a dictatorship, and who had the balance of power, maybe they started noticing it a bit.

As an aside our conclusion is that bitcoin is pluralistic with different groups having some level of power, but none sufficient on their own, requiring convergence. This so being a political theory too that says whether it’s a democracy or dictatorship, real power is pluralistically held by different groups with varying degrees of influence, none sufficient on their own but total if combined to some extent.

Bitcoin then came to the forefront in many ways during 2016-17 when the Chinese central bank was trying to maintain a devaluing peg of CNY against the dollar.

As their monetary value was falling, individuals and businesses naturally rushed to get their funds out through one loophole or another following capital controls.

Their central bank tried to close them one by one, with a Bloomberg report at the time regarding bitcoin’s usage to get funds out leading the central bank to the then unthinkable action of banning crypto exchanges, the established and big ones.

Unlike in India or other countries, no one in China said a thing regarding the central bank effectively making law which is generally unconstitutional.

This decision was surprising as it revealed in full view the very different system in China. Of course we all knew it had differences, but not so different that it effectively amounts to an absolute monarchy without the inherited succession part.

Once this capriciousness was revealed, plenty of miners in China made backup plans, setting up datacenters in America and Europe just in case the CCP does the same to miners as to exchanges.

This slow boiling march of oppression continued in the intervening four years. Comments like ‘North Korea level censorship’ by Chinese citizens so revealing that even by their standards the CCP is being far too heavy handed.

Since then it has clearly gotten worse to the point now industry leaders are reprimanded for poems, with any liberal wing by their standards in China appearing decimated as nationalist Jinping extends an iron grip.

There was a brief period after the Sichuan shutdown when we didn’t quite know what might happen after bitcoin went one hour without a block.

That has happened many times before, but obviously considering the circumstances one had to wonder. However blocks then came rolling with the network almost not affected at all at a technical level.

Any other design may have chocked, but bitcoin keeps on despite the closure of so many businesses.

Bitcoin thus in effect has leveled up, proving that no government can control it or stop it as the network will keep moving despite any action by the CCP.

If it wasn’t for the people therefore, and the many bitcoiners in China in what must be a very dark day for them, we would have celebrated this success of bitcoin in withstanding a month long government level assault.

Bitcoin will keep running in China too. There are 164 bitcoin nodes there currently as they haven’t made illegal neither bitcoin mining nor possession and/or trading, instead only closing big/established bitcoin miners and exchanges.

Globally, we may see a repeat of 2017 where there was a brief crash in September of that year while China closed the crypto exchanges, and then a 10x bull run as bitcoin and the world saw it could thrive without China.

It remains to be seen of course whether that will echo, but a re-merger of mining and market should also re-align incentives as those with stake can now also fully and freely participate in the market.

With close to half of the hash gone, once the difficulty adjusts in about a week, miners like Bitfarms, DGHI, Hut8, Riot, Marathon and far too many now in this western mining boom, should become about twice more profitable at least for some period as hash adjusts to market price.

Shareholders should now increase pressure on these miners to, either together or individually or both, work towards funding asics western designing and manufacturing with those currently based in China probably wise to set western branches too just in case.

Some western miners have done so already with results perhaps to show themselves by the end of the year or next year as a western golden rush begins in bitcoin mining.

We’d urge the elected to not only encourage such businesses but even subsidies them, especially for using renewable energy and to get a slice of a cutting edge computing industry that is advancing semiconductors with Google’s Sergey Brin himself crediting ethereum for advances in computing.

We couldn’t quite take advantages of these advances after 2017 as CCP cut us off, but now we can play with these toys again in the industrially advanced Germany or the Nordics, Canada or US, as well as places like El Salvador with their volcanos and mountainy Balkans with their hydro rivers.

Making this potentially a very exciting time for global bitcoin, while Chinese bitcoiners will adapt as well by maybe going into ethereum staking and defi and of course by outwitting the CCP which ultimately is a relic of the past that can not possibly stand in the way of the inevitable digital future.