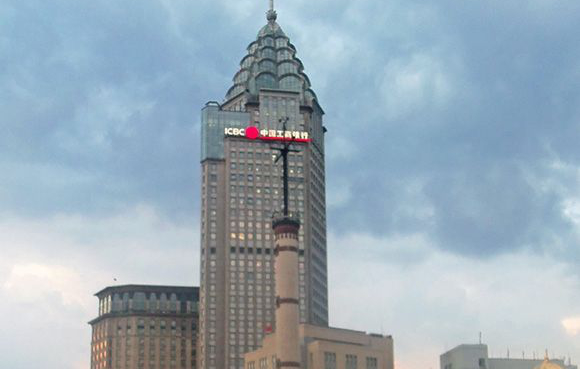 PBoC apparently is worried these state banks are ignoring their diktats to not handle crypto transactions, with the banks stating “no institution or individual may use our bank’s accounts, products, services, and channels to conduct token issuance financing and ‘virtual currency’ transactions.”

The unenforcability of this order relies on the fact you don’t know why someone is transacting with someone else. They could be selling an old couch or are buying bitcoin.

Hence now and then we get statements of ‘crackdowns’ on these Over the Counter (OTC) transactions with this being just the latest showing the helplessness of PBoC.

Not least because while they can cut the head of big companies like giant industrial farms or global crypto exchanges, peer to peer traders and home miners can probably hold their own.

In addition we suspect these rules are more for plebs than the elite. Shanghai’s financial power houses probably have far too many loopholes to care about the dinosaur bureaucrats at the archaic PBoC’s CCP.

Like their western counterparts they’ve probably integrated bitcoin in their wiz trading, and the only thing that will stop them is likely the profitability or otherwise of their strategy than statement by out of touch beige ivory towers.

Let’s also not forget that the cadre of CCP can probably see one or two benefits for holding bitcoin, including of course the ability to run with it if necessary, especially if the power hungry Xi Jinping ‘corruptions’ them.

That’s the rumor regarding Dong Jingwei, without the bitcoin part. This until very recently Vice Minister of Chinese State Security has, some speculate, defected to the United States.

To ‘prove’ otherwise, China’s SCMP has this same Dong Jingwei “urge the country’s intelligence officers to step up their efforts to hunt down foreign agents and insiders who collude with ‘anti-China’ forces.”

This was at a meeting which has no photo of Mr. Dong, with some suggesting he went to America in February of this year and defected to the Defense Intelligence Agency (DIA), an intelligence agency of the United States federal government specializing in defense and military intelligence.

What’s more some say he has terabytes of data with him carried in flash drives in what would be one of the highest level defection in history.

This is just a rumor for now, which makes it a bit peculiar as you’d expect either a clear rebuttal from China or a confirmation from USA.

However, some speculate the latter may be because DIA does not trust either FBI or CIA because they fear they may have been infiltrated by the CCP. An official confirmation apparently would give them access, so they hush hush.

Others however say all this is too good to be true and therefore it probably isn’t true, but of course America had its own Snowden last decade, so it’s not without precedent.

If he has defected then this would be at a crucial time for China’s future as the Communist Party flexes its muscles somewhat dictatorially.

The slapping of China’s richest man, Jack Ma, in front of the world and in front of all China for the sin of merely suggesting that there could be better ways of lending, must have made a lot of people in China very uncomfortable about the direction their country is going.

Those voices have gotten louder, with Meituan’s Wang Xing recently reminding the people of China of an overthrowing of a previous dynasty because they oppressed the pen.

At the liberal end, by China’s standard, there have been some defections to USA following Jinping’s drive to effectively purge them under the guise of fighting corruption, at the same time as some Bloomberg investigations allege or hint Jinping himself has made a lot of money through probably corruption.

This drama has been somewhat evident in this space where China keeps banning and unbanning bitcoin, suggesting a civil war of sorts at the upper echelons during a most decisive time for China and its relations with the world.

In this atmosphere it is not difficult to imagine China can have its own Snowden, someone that thinks what the CCP is doing is wrong and they maybe think they can try and change it.

Or if he did defect it may well be he feared of being subject to presumably in his view politicized ‘corruption purges.’

Whatever the case China is going through some difficult times with its economy slowing down and the middle class probably fears a lowering of standards as relations with the west worsen, with this increased oppression presumably being a response to it.

There is still time for course correction, hence if there was a defection it would have been at an opportune time, suggesting he may well be genuine in thinking perhaps best the pen than the peasants.

But whether the liberal wing there can unite and put up a fight remains to be seen, with it very much possible it goes the way of Russia, which would probably translate to economic stagnation with most ordinary people in Russia living on just $200 a month.

So making it a very decisive time for the CCP in regards to whether it is appropriate to anger just so many of their very best with these constant crackdowns on everything, or whether eight years on it’s time someone else leads their party.