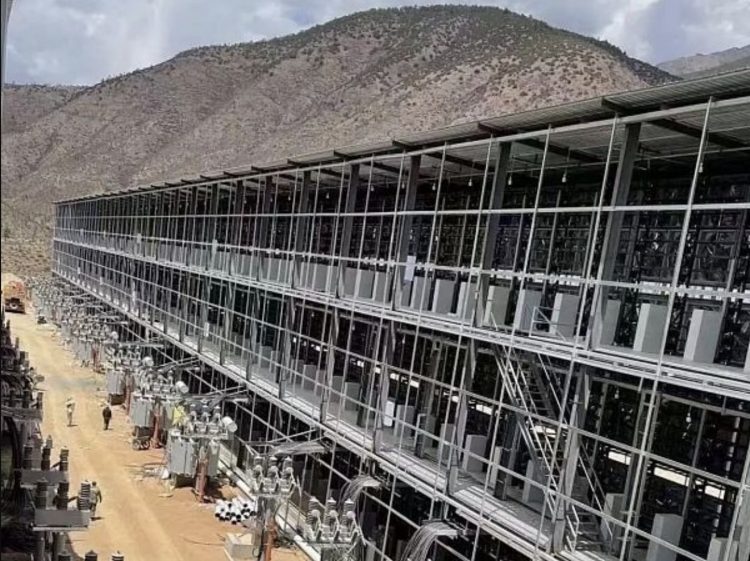 “The buzzing shelves of light and sound now sit empty and desolate, with the ancient hills of middle kingdom and the endless structure of metal rows, the only reminder of a node that once powered digital gold.

The electric towers bringing life, now like statues stare the ground, as a pleasing festival of man, comes home at last.

Cleaner streets than when was built, without trash the exodus leaves, we were the best so to say, the more refined you peasant land,” – the Great Exodus, our own.

Tons of asics have been airlifted out of China as bitcoin miners rush to new lands with every hour loosing them thousands of dollars. The need for speed so paying $9.37 per kilo to fly the very vital equipment rather than wait for the slow boat.

China’s logistics firm in Guangzhou has confirmed it is airlifting 3,000kg (6,600lbs) of bitcoin asics to Maryland, USA. Fenghua International generally charges just $9.37 per kilo, with it unknown whether there was a deal in this case.

Canaan Technology, stock listed in USA, has instead chosen Kazakhstan, a somewhat dictatorial one party country bordering China that is detente-ish in the forgotten oil and gas rich region of the world.

Local reports say the first batch of Avalon mining machines were put on the shelf and have already started operation just three days since Sichuan shut down crypto mining.

Zhang Nangeng, Chairman and CEO of Canaan Technology, said: “We believe that self-operated mining business is beneficial to increase the company’s financial income, expand its business scope and customer base, and integrate industry resources.”

Their competitor and the biggest asics manufacturer, Bitmain, has announced a full overseas transfer, with some middle and high-level employees moving overseas.

Unlike Canaan, Bitmain has chosen the United States in part because of its stable jurisdiction due to collective representation and redress in a court of law, something that places like Kazakhstan may lack. Locating there therefore may risk a repeat of China, with Iran being just the latest illustration of the risks of relying on a jurisdiction that to some extent operates on the whims of the supreme ruler rather than on the rule of law.

It’s not clear to what extent Bitmain is packing up with their migration beginning as far back as 2017.

They have a highly skilled staff personnel that has deep knowledge of not just the industry, but also its frontiers, with the leadership perhaps worried that asics manufacturers are next.

Foundry USA, a mining pool by Silbert’s Digital Currency Group, has been rising in rankings with ViaBTC’s jump to nearly dominate being potentially more noticeable.

Their approach has been somewhat simple. While within China they discuss the costs of moving, like 25% tariffs, higher labour expenses, higher energy prices, these mining boys have simply responded with: we’re going west.

“Given that my Weibo account has been blocked, I am now switching to Twitter,” Jiang Zhuoer of BTC Top said, with a Chinese crypto editorial summarizing this somewhat perfectly, furnished fully with its lyrical glory of a rough translation after stating Weibo and official accounts have cleared a number of head accounts:

“But everyone is used to this kind of living space, wailing back to wailing, a bit of tragic collective honor, and then various bloggers have sacrificed their trumpets.”

Former China based exchanges like OKEx and Huobi are now reshuffling their China focused OTC trading platforms, with some other second-and third-tier exchanges closing their OTC trading and clearing domestic users.

Asics manufacturers there have stopped selling ‘spot’ asics, newly produced machines, as the market is flooded; with those that can, flying out, and those that can’t, stuck in a capricious jurisdiction.

Their silence hills, bear with much grace, until they roar in earthquakes, as surface calm deceives the light, with beauty grass the door of dance.

What rumbles within one must wonder, these ants always so busy freights, building castles and such towers, yet scatter without says.

The littlest hole, a city all, with perhaps poets, philosophoor. And yet we stumble, without much care, to our delight, their fleeing out. But the heart wonders with some lost sight: what was there, where are they now to build the city of god.

And empty thus lay, the architectures, a testament to, the working man, who does alone in ice or fire, bring life the globe, entire worlds, digital gold.

Goodbye thus you, middle kingdu, we’ll greet again, in times of friend, for ours are coming home to here, to drink some wine and drink some beer, to feast for humanitary as one, no gods, no kings, nor any priests.

Only meheeeeeeen, and women too. Alone we stand, in unitu, and scattered through a nodes the globe, our energy for millenials forth. Long past your dusty, atom form, your petty present, nihilistic want, your base primit, monkey nationalist, or whims of fools that deludes rules.

We’ll scatter forth, like stars of space, and gather once more to radiate, and outlive all, serpentors, in this heaveeeen, heaven of code, the very first of the word.