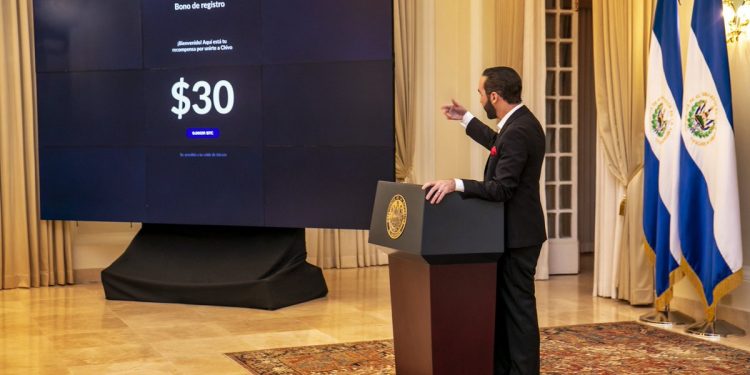 The government of El Salvador has showcased a new bitcoin wallet called Chivo that allows for insta conversion between the dollar and BTC.

Every El Salvadorian is eligible for this wallet after passing some verifications with it allowing for bitcoin payments and receipt.

“In the Chivo application you can make payments and send money through a QR code. In this example, Miguel will be able to pay his minute in bitcoin but Roberto, who sold it to him, will be able to receive it in dollars,” Nayib Bukele, the President of El salvador, said.

He clarified that there are hundreds of wallet companies in the world. “The Government will be offering a wallet that is the one that guarantees compliance with the articles that benefit the population in bitcoin, but people are free to use the wallet they want…

Everyone who downloads this wallet will receive $30 in bitcoin “to promote its use in the economy and so that people have an incentive to use the application.”

“With the incentive of $30 in bitcoin we want the population to make use of this system and bitcoin as legal tender, to generate multiplication of money in the economy and to help with the economic growth of the country.”

That means they will have to buy about $200 million worth of bitcoin since they will be given in bitcoin for free.

Making this bitcoinization a very first at a country level with bitcoin becoming legal tender in El Salvador on September the 7th, after which all that have the technical ability must accept bitcoin, but as shown above the app has the inbuilt mechanism to get paid in bitcoin while receiving dollars.

The government has announced all this has three aims. To “connect our country with the rest of the world,” which they already have done to some extent by putting this country on the map, and once they start downloading the wallet, by putting a bank in everyone’s pocket.

They want to “attract foreign exchange from investments and tourism.” There probably will be some of the latter by bitcoiners who want to see what’s it like to be in a bitcoin country. Some who want to live on bitcoin, might even go live there.

And they want to “boost our economy,” something presumably achieved by the above two as well as by digitizing their monetary economy through this wallet that operates both in bitcoin and in dollars.

Making this one of the biggest experiment in monetary history as a country leaps into the future for all of us to see just what it is like there.