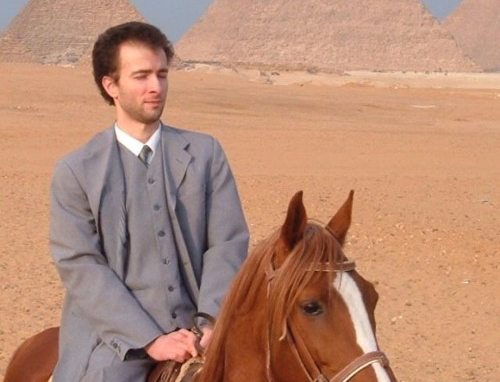 Mircea Popescu, a 2011 bitcoin adopter who operated the now long defunct stocks, bonds and options MPEx exchange founded in April 2012 – which required 30 bitcoin to join – has drowned at sea.

The Judicial Investigation Agency (OIJ) of Costa Rica identified the drowned 41 year old as Mircea Popescu, though they say he is of Polish origin when he is known to be Romanian.

“The events occurred around 8:30 am when Popescu entered the sea to swim in the Tramonto sector, was swept away by the current and died on the spot.

Jacó Beach lifeguards remind tourists and bathers that Paya Hermosa is not an area for swimming,” local media says.

The current there can drag you out for miles and if you swim against it, you die of exhaustion. Swimming sideways to shore can work, all suggesting this was probably a natural cause.

Popescu grew up in Cluj-Napoca, Transylvania and graduated from Avram Iancu University. He lived in several countries including United States, Mexico, Costa Rica and Egypt.

He began writing the Trilema blog in his native Romanian in late 2008. Popescu began writing about Bitcoin in early 2012 and switched to coverage in English later that year.

He sponsored the operating system OpenBSD in January 2014, which was about to close down due to lack of funds, with Wired stating at the time: Bitcoin Baron Keeps a Secretive Open Source OS Alive.

In March 2014 Popescu revealed that he had received a request to disclose details of MPEx’ users and at least one security issuer from the U.S. Securities and Exchanges Commission.

Summarizing the aftermath, Roger Ver stated today Popescu “trolled the SEC harder than anyone else in all of history.”

Popescu was an eccentric of some intellect with a brash style that includes a one bitcoin bounty, then worth about $500, on core developer Pieter Wuille after the latter suggested an automatic 17% increase in bitcoin’s blocksize every four years during the blocksize wars.

Popescu and a group of minarchists from Bitcoin Assets on IRC were strongly against any change whatever to the 1MB bitcoin blocksize and threatened at the time – probably around 2016 – to market sell one million bitcoin, which they claimed they had, if any change to bitcoin was made.

Gavin Andresen, the then lead dev of the bitcoin Core node client who later proposed a fork to unconsensually change the blocksize, tried to persuade Popescu without much success.

The blocksize wars ended in November 2017 when a last ditch suggestion to upgrade to segwit2x flopped. That cemented the current 1MB bitcoin and established BCH as the main big blockers alternative, with not much heard from Popescu since as he kind of stopped participating after the 2017 bull run – including on IRC – when bitcoin became more mainstream.

Prior, he played a minor but colorful cultural role, with it unknown to us whether he left any descendants or the state of his bitcoin holdings.