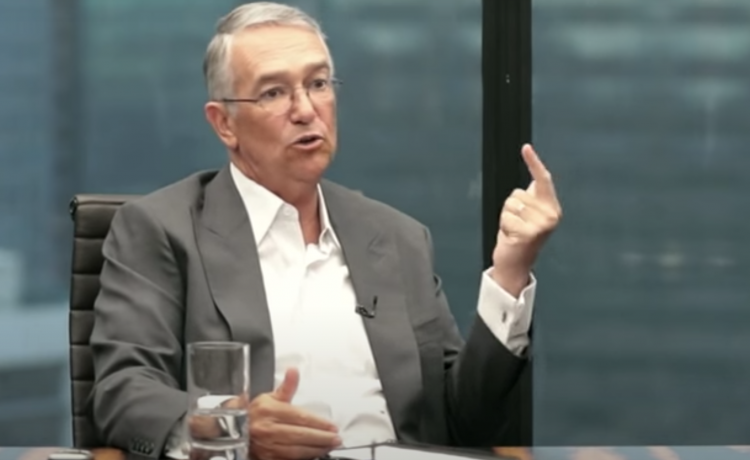 And that is in Mexico, but if we look at Venezuela, Argentina or Zimbabwe, the numbers lose all proportions.”

So said one of Mexico’s most powerful man, Ricardo Salinas Pliego, in control of one of the most viewed Spanish TV network, TV Azteca, a bank to provide consumer finance for Grupo Elektra that sells anything from washing machines to mobile phones, as well as the Telecosmo internet provider.

In a recent interview this Monday, he called the dollar a joke. After the above mentioned quote, Salinas said:

“The fiat fraud is inherent to the fiat system and we can see it today in USA. Monetary issuance went to the moon, you understand? The dollar as hard money is a joke.”

Bitcoin on the other hand has a fixed 21 million limit and that is key, he said:

“I’ve invested a lot of time studying bitcoin and I think it’s an asset that should be part of every investor’s portfolio.

It’s an asset that has value, international value, that is traded with enormous liquidity at a global level and that is enough reason for it to be part of every portfolio, period.

The finite supply of bitcoin, the 21 million, is the key part. That’s why I say about ethereum, while they don’t have a finite supply, I don’t believe anything they do. For all I know, they emit more and your asset deprecates.”

Salinas is estimated to be worth more than $13 billion with him revealing in November last year that he invested 10% of his “liquid portfolio” in bitcoin.

We don’t know how much his liquid portfolio is worth with most of his fortune tied up in family owned stocks, but this is one of the biggest endorsement of bitcoin by a billionaire and the first to call fiat a fraud as far as we are aware.

“If today you could choose one asset, good or money to take into the future, what would you take. Gold, silver, Bolivars, Argentine Pesos, Mexican Pesos?” – interviewer asks.

“[Laughs loudly] No, no, no, no stinky fiat for no reason. Not even a single peso, no paper bills. I would take bitcoin.”