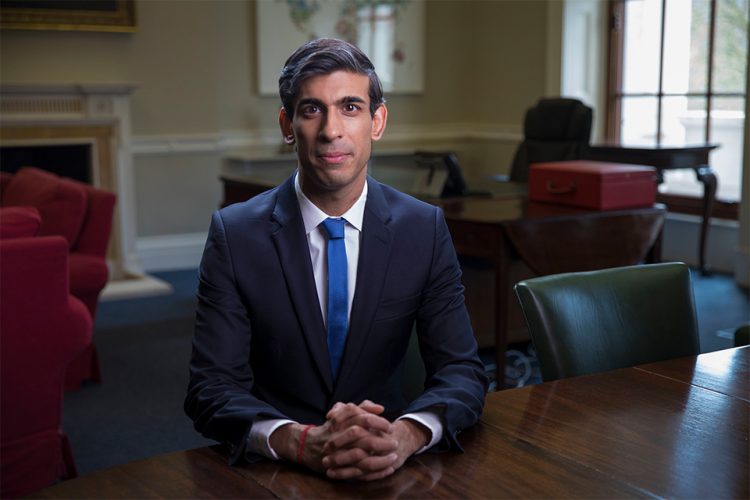 The Chancellor of the Exchequer, Rishi Sunak, spoke of “the power of new technology” at the traditional Mansion House speech to the City earlier today.

Sunak said “our vision puts the UK at the forefront of technology and innovation in the 21st century,” and part of this vision includes cryptos specifically.

The Treasury is “consulting on pioneering reforms to support the safe adoption of cryptoassets and stablecoins.” They are “watching closely the key debates in finance and tech, like the opportunities of distributed ledger technology in capital markets.” And are also “exploring the case for a central bank digital currency with the Bank of England.”

Little more was said about the matter except that “we’re taking forward recommendations in Ron Kalifa’s review of UK Fintech.”

The 108 pages review has just a short section about cryptos of six paragraphs in total, starting with:

“The UK has the potential to be a leading global centre for the issuance, clearing, settlement, trading and exchange of crypto and digital assets.

The UK already has a strong position that it should capitalise on, but other jurisdictions are developing their own propositions (such as the EU’s Markets in Crypto-Assets (MiCA) proposal) and the UK needs to act quickly to preserve its position.

The UK should aim to be at least as broad in ambition as MiCA – but should also consider whether it can develop a bespoke regime that is more innovation-driven.”

The European Union laid out last year a comprehensive crypto specific framework aimed at a single crypto market, with Germany in particular liberating significantly their regulatory framework to facilitate crypto markets amidst an intense competition between Frankfurt, Paris and Amsterdam for Europe’s financial center.

While London has not yet listed one crypto ETN, in Europe and in particular in Germany and Switzerland there are now countless of ETNs with it growing to the point traditional market makers are entering the field.

In a move that raised eyebrows, London banned both ETNs and crypto derivatives last year, with coldness emanating from the rainy island since Theresa May took over.

As a self proclaimed liberal conservative, observers were looking to see whether the Johnson administration might change things, but there haven’t been any positive signs with it unclear whether the new administration has had time amid Brexit and 2020.

This shift in focus is further illustrated by the mentioned report which also states:

“Regulation of crypto would initially focus on the use of stable tokens used as a means of payment, and that those tokens will become subject to an authorisation regime.

To a longer timetable, the Government will consider the case for bringing a broader set of cryptoasset markets actors or tokens into such a regime.”

Regulating stable coins is a complex matter as due care is needed to avoid systemic risks, including the potential equivalent of bank runs, but for custodian stable coins trust is involved, so it’s more a matter of a sophisticated balance.

There’s now algorithmic stable coins which have as custodian only the smart contract itself, the code, and it’s not clear they can be regulated or one would want to.

The other part of the above proposal however makes one wonder what exactly is their strategy. Not least because the United Kingdom now can only regulate by consent global assets. So it’s not clear what other crypto market actors they are thinking off.

This willing loss of power to set the global agenda was highlighted by Sunak himself who opened his speech with some bad news:

“Our ambition had been to reach a comprehensive set of mutual decisions on financial services equivalence with EU. That has not happened.”

In expectation of this bad defeat as the European civil service has shown itself far more capable than anyone thought, crypto giants like Coinbase and Bitstamp have left London.

Brits complain EU has not granted them the same market access as to Canada, the US, Australia, Hong Kong and Brazil.

These far away countries however are not vying with Frankfurt or Amsterdam for European business.

In addition Europe probably feels a bit hurt. They’ve invested a lot to lift half of Europe into first class standards, and may yet do the same for the Western Balkans, with great continental powers so gathering forces in a European marshal plan of sorts.

Something that has worked out where plane economics are concerned with Europe now able to reap the fruits of their significant investment in European prosperity and the great European peace.

The current British establishment however thought saving a couple of printed billions in continental investment was worth it, and at the same time want the benefits of the single market which operates precisely because such little billions are invested in continental projects.

So considering London shares the European timezone, it is no wonder the EU is granting them no access where it really matters, services which make up some 70% of the GDP.

With that significant disadvantage, you would have expected London to have gone far and beyond both to retain and attract financial services, including fintechs and crypto techs.

Instead since this regime change they’ve given us a ban of this and a ban of that, with London a bit lost really as far as these pages are concerned because it is somewhat difficult to comprehend their decision to ban ETNs.

FCA used to have a forward looking and innovative approach, but now so far they’ve come across worse than an 18th century nanny, which has attracted ridicule due to the small size of the market they oversee compared to the continental powers.

So a change in approach is not only needed, but is vital if London is to not go into irrelevance. We’ll even pretend these few words by the chancellor may signal such change, but whether Sunak will deliver – starting with removing the stupid bans – remains to be seen.