Bogdanoff to NFT the Meme of All Memes 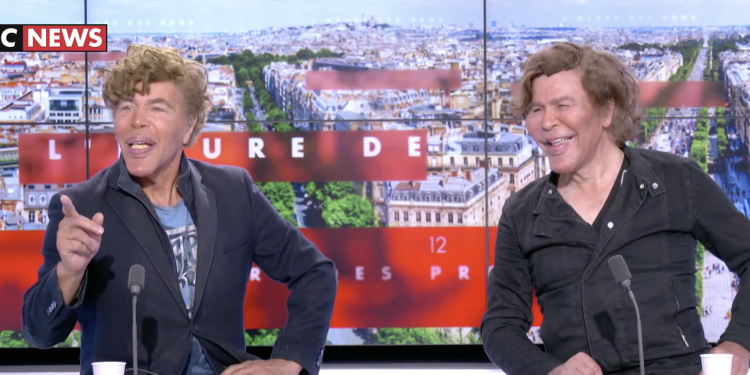 The meme has come to life and claims it played a role in bitcoin’s invention with the Bogdanoff twins taking us on a journey in a TV interview with French media that starts in the 70s when they were acting in the sci-fi series Temps X.

In one episode, Bogdanoff said, there was this alien civilization that had digital money. Back then this was surreal, before computers existed or the internet, let alone smart phones. So in the 90s we became interested in the idea, Bogdanoff continued, and met Francois Mizzi, described as a mathematical genius who invented the pocket book – a primitive iPhone – and they said was a friend they regularly met.

Mizzi is a French scientist that secured in the 80s the touchscreen patent with Bogdanoff mentioning he had a lab where they would go called Micro-Archi.

They said Mizzi worked with a group of Japanese scientists in the lab, including Soichiro Shimoda. There doesn’t seem to be much information on Shimoda except for a biologist. Mizzi is real however and he was there at the dawn of the computing age in the 70s.

Bogdanoff then says Shimoda knows who is Satoshi Nakamoto, the bitcoin inventor, but they themselves don’t know Nakamoto.

Though they alternate to claim they were there at the birth of bitcoin and it’s around that time that the meme picture is taken.

They said this picture had arisen to gain a cultural significance in the crypto sphere because they played a role in the creation of bitcoin and thus the meme is in some way in their honor for the role they played.

Now they’re going to sell that meme picture as a Non-Fungible Token (NFT).

As such we presume a lot of the above story is a fairly entertaining attempt at myth making for the soon to be sold NFT.

However the inclusion of Mizzi as the first French scientist in the long line of potential Nakamoto candidates is an interesting addition to this cultural creation that sends us from 70s space aliens to today’s maybe just as unreal NFTs.