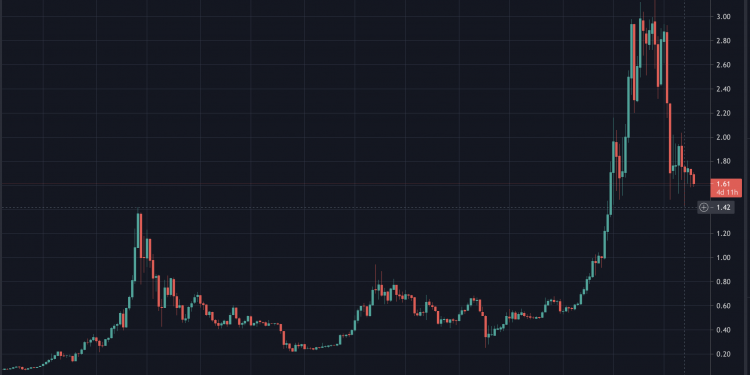 When taking into consideration changes in fiat money supply, bitcoin has already tested the previous all time high in 2017 this June, with that support level holding.

It then compares that to the M2 money supply, a measure provided by Fed’s Fred API under the ticker of FRED:WM2NS.

Thus when we add those printed funds to the equation, it turns out bitcoin already has gone so low as to test the previous all time high and that held. While in plain price, the lowest it went to is $28,000.

BTC bounced off $28,000 when it tested that level last month, indicating there’s considerable buy pressure there.

Now at $33,000, bitcoin is sidewaying above the previous all time high according to this measure, with it to be seen whether it gradually rises from there, or it goes below even 2017.