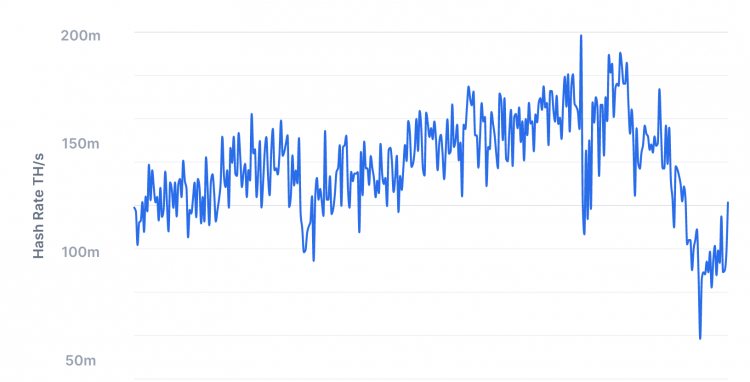 Bitcoin’s hashrate has risen to 120 exahashes per second for the first time since it plunged last month.

That’s more than double the recent low of 58 exahashes with the hashrate seeing an upwards trend for the past three weeks as pictured above.

That suggest a significant amount of hashrate based in China has relocated or otherwise turned back on in a fairly short amount of time.

Some of them have raised funds to relocate with publicly traded BIT Mining recently closing a $50 million fundraise through stocks issuance to move out of China.

Chinese authorities on the other hand are continuing their expulsion with the Anhui province being the latest to ask miners to leave.

Yet the bitcoin network has seen almost no disruption throughout this exodus, with the difficulty adjusting to account for a lower hashrate. Something that has made bitcoin mining more profitable, and thus its hash is rising again.

Whether that reflects on price is to be seen with it a bit unclear currently just what relationship hash and price has and which “causes” which as an increase in hash can lead to an increase in the mining cost to acquire bitcoin, thus making direct buying cheaper, something that then can encourage further hash to be added to the network.

Thus this hash movement may well reflect on price as they both halved around the same time, but what price will now do remains to be seen.