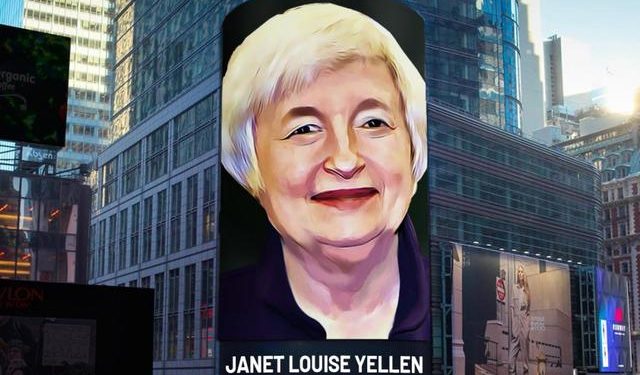 China has reduced their US debt holdings by another $18 billion to 1078.4 billion from 1096.1 billion and down $22 billion overall since March when they held $1.1 trillion in government bonds.

The move comes amid a strengthening CNY, down to 6.47 to the dollar from 7.2 in June 2020, as well as amidst worsening US-Sino tensions.

China snubbed a visit by the U.S. Deputy Secretary of State Wendy Sherman during an Asian tour earlier this week.

Initially she was to visit China as well, but the Communist Chinese Party (CCP) put forward a far too low ranking official.

The media there says US is not “sincere,” and therefore China does not want to talk despite US president Joe Biden giving numerous concessions, including closing down a counter-espionage department.

China’s economy is growing however, shooting up an incredible 8.8% in the second quarter – though more than halved from an unbelievable 18% in the first quarter – with Xiaomi now overtaking Apple as the top smartphone in the world by market share.

At the same time trade between China and US is growing despite talks of decoupling, up 30% during last year.

That’s giving them some confidence with the media atmosphere there seeming somewhat belligerent, but a new internet culture is growing in China that might be an echo of 2010 gamergate.

The CCP is being weaponized by the young who are using China’s censorship apparatus to settle scores between fandom rivalries.

There’s hardly an article about PS5 that doesn’t dread Liu Ruizhe, someone that delayed the launch of PS4 by reporting some loophole that allowed access to a wide range of games in contravention of the letter of the law which was overlooked and unenforced by authorities.

Following the report, Sony had to make some modifications which angered the gamers who then gave Ruizhe the whole treatment of doxing and the rest.

A bigger ‘revolt’ was what is now called the Xiao Zhan scandal. In a rivalry between two fan groups, one of them mass reported the other to the Party for technically breaching some rule or another. The Party then actually took action, shutting down an image board. Others responded by giving a one star rating to anything to do with Xiao Zhan.

What surprised most of them was that this reporting to the party actually works. Some compare it to neighbors snitching neighbors during the Cultural Revolution.

“When reporting becomes the norm, no one can be alone,” concludes one commentary on a culture that instead of changing politics, just weaponizes it.

And it’s not just kids on their bedrooms playing on internet yards, Tesla itself apparently asked CCP to censor its critics:

“According to people familiar with the matter, it complained to the government over what it sees as unwarranted attacks on social media, and asked Beijing to use its censorship powers to block some of the posts.“

Presumably they’re not the first or the last, and as Chinese citizens become more informed as well as more resourceful, there may well be more pushback. Knowing as much, China’s President Xi Jinping referred to the young in particular in stating:

“The future belongs to the young people, and our hopes also rest with them… In the new era, our young people should make it their mission to contribute to national rejuvenation and aspire to become more proud, confident, and assured in their identity as Chinese people so that they can live up to the promise of their youth and the expectations of our times, our Party, and our people.”

Those young are the first digitally native generation with outbursts against censorship occasionally going viral under the protection of pseudo-anonymity.

Thus the CCP has to adapt to the games of a new generation, a generation that seems to consider CCP rules as more something for the books unless they themselves snitch and ‘force’ the Party to enforce its own laws.

At the same time America has to adapt to the new CCP, with Biden risking coming across as a bit soft in failing to get anything for his one sided concessions, while Trump got a lot through negotiating trade deals.

It is also a bit difficult to imagine the CCP would have pulled off that level of belligerence in Alaska if Trump was still in power.

The snub will be answered you’d think, or Biden and America come across as weak when they can just levy more tariffs so that US also sees a bit of that 30% growth in two quarters.

US Treasury Receives Half a Trillion Tax Boost

Bank of England Torpedoes the Economy