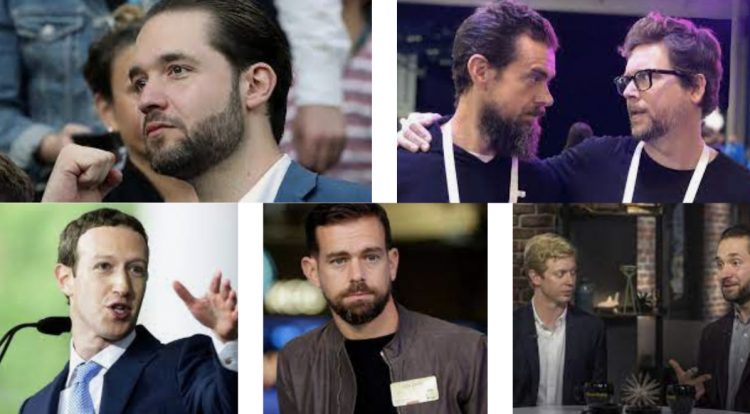 Facebook, Twitter, Reddit, Signal, Kin, and we suspect Google, are just some of the world’s biggest tech companies now involved in crypto to various degree and to various degrees of success.

They’ve all taken different approaches. Instead of integrating bitcoin or eth, Facebook planned to launch a stablecoin backed by a basket of fiat currencies operating in its own Libra blockchain.

Something that got them into some political trouble, with the matter now more on hold as the $1 trillion company was threatened with new laws.

Kin took a more hybrid approach in initially launching a token on ethereum, but their plans to move to Stellar courted some backlash from investors with the Securities and Exchanges Commission (SEC) then getting involved to effectively shut the whole thing down.

Signal is taking a more stealthy approach in not launching a token or a crypto, but in more integrating one that happens to be advised by Signal’s founder, Mobilecoin.

Mobilecoin was just valued at $1 billion, with probably 90% of that valuation coming due to their apparent relationship with Signal.

Just what plans Signal may have are unclear, not least perhaps because they’re operating in a bit of a gray zone in that the crypto had an Initial Coin Offering (ICO).

Reddit is staying clear of that, piloting instead more the monetization of social contributions on subreddits like r/cryptocurrency through MOON tokens with it unclear what their conclusions are on those experiment.

Twitter’s founder on the other hand, Jack Dorsey, is taking a different approach in betting everything just on bitcoin with Dorsey stating they are “building an open developer platform with the sole goal of making it easy to create non-custodial, permissionless, and decentralized financial services” on bitcoin.

That’s a fairly big ambition with it more aimed at Square, the payments app, as bitcoin itself becomes an ingredient in competition.

Google hasn’t announced anything but its co-founder, Sergey Brin, showed up at a bitcoin gathering in 2018. His suggestion was putting huge resources behind the blockchain to make it mainstreamy, presumably a bit like what Facebook planned.

Seeing what happened there, perhaps Google didn’t take it any further, but the involvement of some of these giants is probably due to new startup ideas and competitors that integrate crypto.

Things like Presearch which uses tokenization in searches. They’ve gained some adoption, but are not anywhere near putting a dent in Google’s market share.

However, all these giants rely on users providing free content to them. Their castles thus are built on sand, in many ways, as a competitor can easily go viral and they become MySpace.

They feel particularly threatened by competition however small, and therefore are trying to copy new ideas, as in the case of Reddit, to not give users any excuse to disrupt their habit by experimenting with new providers.

Thus crypto can be existential for many of them as at the very least it provides that excuse, but experimentation there arguably has not quite began with things like defi taking off instead due to having no competition as it’s a new field.

While where social networking experimentation is concerned, it’s difficult to get the right balance while not being gobbled up by the established competition.

So tech giants are trying to stay ahead and look out for any ideas, while Dorsey is seemingly more tapping into the bitcoin community that already exists and is trying to advance it to assist Square.

Out of all this fermentation, you’d expect something new to arise at some point as crypto startups focused on giants’ territories get more experience and as new capabilities present themselves following a strengthening of the base layer and a blockchain harnessing of second layers.