Bitcoin is a Hedge Against Bad Deflation Says Ark Invest 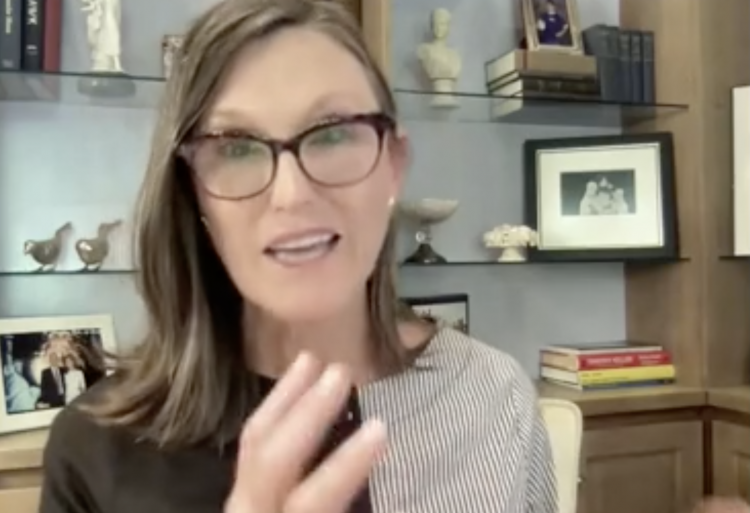 “Deflation I think is going to be a real thing,” Wood says. “There’s going to be good deflation caused by innovation, so demand will boom because of that.

There’s going to be bad deflation because so many companies out there have not been investing enough in innovation. Their products are going to go obsolete. And they’re going to be stuck trying to service the debt that they piled on because their shareholders wanted profits and wanted them now.

So they leveraged up to buy back their shares and pay dividends. I think that’s going to be the source of bad deflation and counterparty risk.

We learned from 08-09 that counterparty risk can be devastating. Almost cataclysmic. So a hedge against that would be another reason to bitcoin.”

In emerging markets investors are seeing high levels of inflation, and so they’ll want to hedge with bitcoin, Wood said. While in USA she argues we’ll see deflation due to non-innovating companies struggling to keep up.

It’s in China however where we are currently seeing signs of companies having to pay back their debt, especially property companies, with a mini corporate bond crisis unfolding there since 2019.

The risk is of course that they can’t pay back the debt, thus the bank faces losses, uncertainty arises in regards to bank insolvency, and then banks stop short term lending to each other. As that short term lending is how accounts are reconciled and settled, the fiat payment system stops functioning and you face a situation where ATMs don’t give out your money.

That’s what happened in America in 08-09, with the situation in China not quite there, but at some point their government will presumably take on the losses of the private sector which will be covered by the taxpayer through money printing.

In US we’ve seen a lot of that money printing, but by the government. Where the commercial sector is concerned, banks have no incentive currently to lend due to 0% interest rates with those interest rates being how they make money.

There’s talks of interest rates rising in two years which will make it profitable for banks to lend and so we might see commercial bank money printing as new capital is generated through loans.

That capital increases supply. As bitcoin has a fixed limit, it should act as a hedge against that increase in monetary supply, while also acting as a hedge if deflation through debt repayments leads to a banking crisis because bitcoin is outside of the banking system.