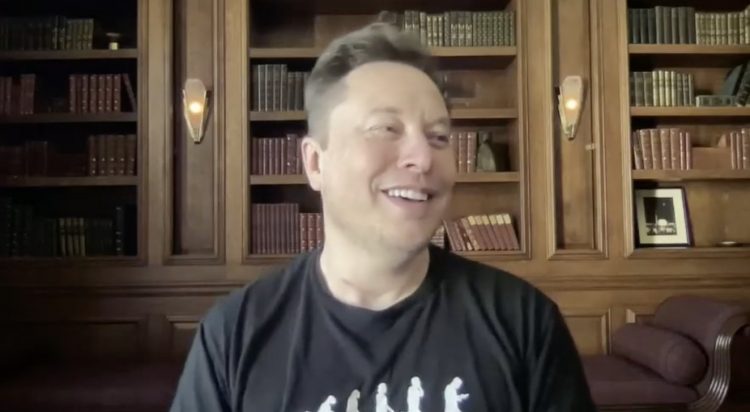 “Let’s say you need a little space heater, and normally your space heater would be pure entropy, but what if that space heater also was a bitcoin, ethereum, doge mining node. Pick your currency.

So then you’d be heated up and you’d also mine your crypto and have connectivity in one. Better than running just a space heater,” says Elon Musk.

Space mining is not quite something we had thought of, but you can imagine energy intensive operations in Mars could well double as a bitcoin miner to beat entropy, at least somewhat.

However asics on every toaster has been thought of as an idea before. It hasn’t quite gone anywhere, but maybe it was ahead of its time with mining heaters potentially making more sense, space mining heaters.

That was in reply to putting a node on every Starlink in the context of capacity discussions with Musk stating SpaceX and Starlink are working towards “worldwide access to gigabit level connectivity at low cost, and so then your base layer could do a lot of transactions if you take that into account.”

“Some houses have gigabit connections and that trend is obviously of higher bandwidth and lower latency, and if someone else doesn’t do it, Starlink certainly will,” he said, adding that he has:

“High confidence you’ll be able to maintain a decentralized financial system while still having a much bigger blockchain.”

Speed is only one aspect of the scalability triangle. Storage is another one with bitcoin devs experimenting on block finality to allow for history pruning.

But Musk spoke of a different sort of storage. Yes, bitcoin is now more environmentally friendly, he said, but that’s only because price went down.

When Tesla started accepting bitcoin, price shot up and so did its energy usage. You couldn’t ramp up renewable energy in such a short space of time, but you can shovel coal, he said.

In addition he questioned renewable usage for bitcoin mining because mining runs 24/7, while renewable energy is produced when there’s sun or when there’s wind.

So you’d need a battery to store the energy, Musk said, and as it happens Tesla does batteries for houses, small operations, and also they now do them for big operations including potentially mining farms.

Musk stated that he is pro-nuclear and he’d include hydro power within the environmentally friendly energy mix.

If bitcoin mining becomes more than 50% environmentally friendly and there’s an obvious trend of that increasing further, Tesla will start accepting bitcoin again for payments he said.

So miners now need to get some batteries and a starlink connection to asics space heaters and Musk bitcoin can party again seems to be the message of the world’s richest man.