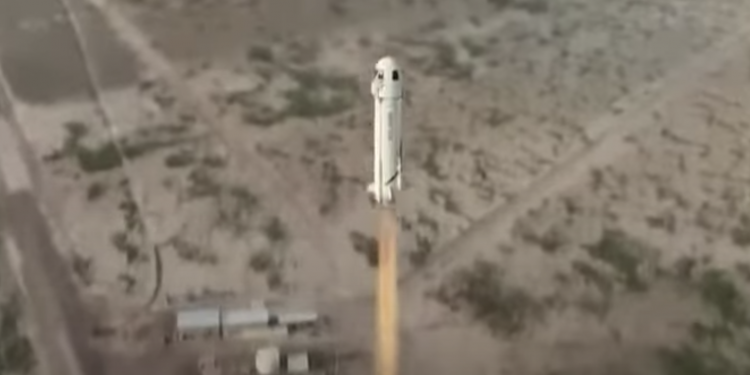 “You will leverage your domain expertise in Blockchain, Distributed Ledger, Central Bank Digital Currencies and Cryptocurrency to develop the case for the capabilities which should be developed.”

They’re asking for someone who has “deep understanding of the digital/cryptocurrency ecosystem and related technologies” as Amazon prepares to go crypto.

To the surprise of no one in some ways, at least no informed ones, as after we saw Jeff Bezos come out of that Blue Origin rocket (pictured), it felt like it was just a matter of time until Amazon moves into crypto.

You can’t compete in the space race without competing to take to the moon the world’s only neutral non-government digital money.

More importantly however there may well be arising a sense that crypto is inevitable. That this thing is real, it does stuff, and it affects business.

That sense of skepticism or dismissal therefore may be giving way to adoption as giants look to this new innovation and try to keep ahead.

Thus Amazon will probably be joined by a lot more as the paradigm begins to switch from discussing bitcoin to doing bitcoin.

Also See: Amazon “Inspired by the Innovation Happening in Crypto”