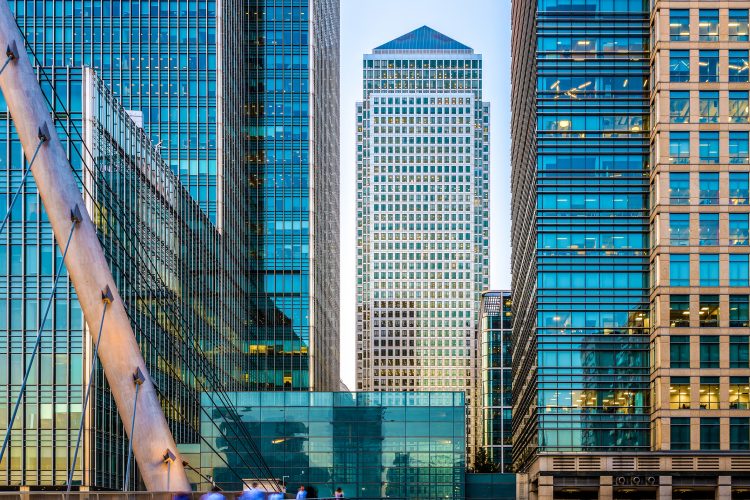 Banks are seemingly preparing for a bitcoin world where digital currencies – whether central bank ones, private market issued, or cryptos – become ubiquitous.

The announcement by JP Morgan that they are opening access to five crypto products for ‘retail’ wealthy investors has courted much attention, but it’s just one infrastructure development paving the way for a merger of sorts between the traditional and the new digital financial system.

“In 2-3 years’ time, things will have changed and most banks, including Starling, will be gearing up to do very interesting things in these [crypto] areas,” says Anne Boden, the CEO of British fintech start-up Starling.

The timeframe of 2-3 years is interesting because it is fairly short term and where monolithic corporations are concerned, it is practically around the corner.

In that time frame, the European Central Bank (ECB) may have well decided just what an e-euro looks like, and more crucially, it may have decided whether such euro will be more crypto or more a paper scan to call it a website.

e-CNY ostensibly is already a reality, but the complete lack of any technical details on how any of it works has courted a cold and an indifferent reception where it matters: the coders who are ultimately making all this work.

In a ‘whitepaper‘ that sounds more like a brochure than a technical document summarizing the new world, they claim e-CNY can do smart contracts without quite explaining just how.

They do however confirm one important aspect, the end-users’ wallet is run and controlled by the central bank albeit in cooperation with the commercial banks.

That makes it a change within the internal banking system arrangements, but where the rest is concerned it remains the case they need to be persuaded by being far more transparent regarding how any of this works in a way that a coder can understand at a high level.

Not that they have to of course, but we are entering an era where money is by consent, just as 500 years ago we entered an era where the bible was opened to the interpretation of all and not just that of the priests.

Europe therefore, if it is to go down this path, has to take coders with them or Europe would not be going down any path as we think is the case with PBoC currently.

This however is more a sideshow, albeit an important one because there are new opportunities and thus there can be new surprises. But the main show in a 2-3 years timeframe is that big question: what happens if cryptos 10x from here.

We’d be looking at a crypto market cap of $10 trillion, or about 10% of global stocks currently, with bitcoin itself being about $6 trillion, which would make it almost reach parity with USD M0 monetary supply. Equivalence in effect with cash, while the tokenized dollar would probably be a trillion or more.

Savers would have access to a new market of automated finance with basic artificial intelligence in defi which offers very unique use cases, like flashloans.

Flashloans in effect turn money itself into a commons by allowing anyone to tap into the money pool without upfront capital under the sole conditions of if/then code guarantees.

This capability has never existed before and its existence provides new demand for capital from savers, so translating to higher reward for savers in that base supply and demand equation.

Nowadays we know that banks don’t quite compete for savers because they don’t quite lend savings, instead they print money out of thin air when they loan it.

Yet that savers’ money can potentially be used for a lot of things, including buying and selling in trading casinos, with those savings being the capital of banks ‘loaned’ to them.

So if we’re in a situation where defi is heading mainstream, banks will face some competition because a lot of their capital will be turned into smart contract custodians.

And there are signs we are heading mainstream in usage. Where the rich and thus presumably the smart are concerned, a tipping point has already been passed with an incredible 50% of family offices looking to enter this space.

Due to this significant demand, JP Morgan has no choice but to offer crypto services, albeit in a very limited way by restricting it even for the very wealthy to Grayscale’s Bitcoin Trust, Bitcoin Cash Trust, Ethereum Trust, and Ethereum Classic, as well as Osprey Funds’ Bitcoin Trust.

The Grayscale Trust has a slight pumpish and dumpish design due to its six month holding requirement, so one may well wonder cynically whether JP Morgan is being a bit of a prick in such selections considering there are plenty of ETNs and even Canadian crypto ETFs that don’t have such restriction.

But what is pretty unique to this space currently is just how accessible it all is outside of traditional infrastructure with a family office able to even mine bitcoin if they want, either directly or through private equity stakes.

So bringing the other question of whether there will be a merge or two parallel systems, with the answer potentially existential for traditional finance as the latter presumably means at some point one overtakes the other.

At the present, there’s little to weigh either way, with Venture Capitalists (VCs) always looking for monopoly edges which the future may well tell are in the front-end interface, or maybe not.

For code, you’d think it will take less time, but decades at best. In the meantime, a hybrid of merging in some ways like providing access to stock form bitcoins as JP Morgan is doing, and parallel systems in other ways like coding flashloans, is likely more the reality for at least some years.

So banks are more preparing for compensating any potential competitive disadvantages by providing a bridge of sorts to the crypto space with the aim of taking a cut for that bridging.

They’re not as of now innovating by piloting, trialing or testing crypto native services like facilitating the use of jUSD as collateral to earn interest from flashloaners and other arbitragers, all in pretty much one click.

They wouldn’t only take a cut, but USD and jUSD can be fractional reserves, so crowning in some way bitcoin’s place due to its fixed limit.

Instead however they seem to have taken the view that these new things are the same as the old things and they’re only appealing due to regulatory arbitrage, with their approach being that of the priesthood centuries ago: turn off the printers somehow. Or in this case, force the regulator to apply the same regulations to this space without any changes whatever.

For this, there hasn’t been much discussion. Get big and they can’t ban, was the conclusion for up to here. Addressing regulatory arbitrage by banks and the rich through restrictions for everyone else through the force of the law, however, is the current playground that has no previous guidance except that there is general agreement the internet went wrong due to VCs forcing monopoly edges, or moats as they call them.

A combination of VC monopoly pressure and banks initiated regulatory restrictions can potentially delay some innovation in this space that gives banks time for more of a merger than two systems, but one can easily speculate it is turtles all the way down with it unclear whether there is a golden turtle.

There must be, for the priesthood is now relegated to historical decoration, but not in a decade, nor a century.

Likewise the capabilities that in many ways we are still just prototyping won’t be utilized to a full extent for decades to come, but in those decades we should still nonetheless hopefully enjoy a renaissance, maybe an age of discovery, perhaps even an enlightenment as code becomes word.

In two or three years, we should perhaps enjoy what in internet terms would be 1995, which happens to be the year JP Morgan launched online banking with their history page stating:

“1995 Online Banking and the Internet

Chemical launches Online Banking which allows customers to consolidate all of their accounts and access them from their home computers. Two years later, NBD Bank, Bank One and Chase each introduce online banking services. First Chicago NBD introduces a free Internet bank in 1998.”

The beginning of the offering of bitcoin products is perhaps the equivalent, but just as then so too now few are quite watching this in some ways non-development, and more are wondering just how crypto native finance will be utilized by coders and whether in a decade or so, they’ll dominate all finance.