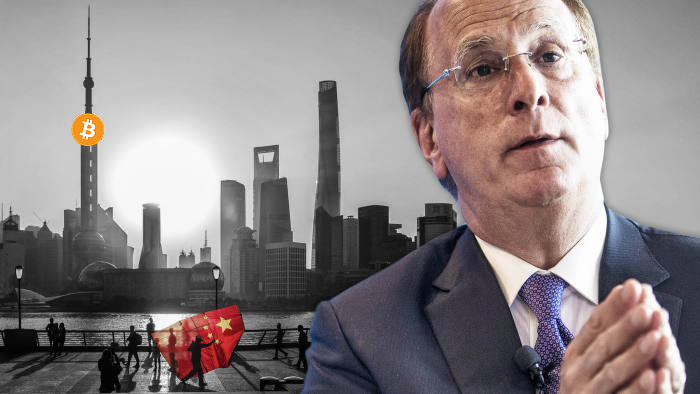 Bitcoin has been rising during early morning Shanghai time for the past few days with Asia seemingly bullish for the first time in months.

Following the crackdown on bitcoin mining, that might come as surprising, but that was just a few big giant mining farms.

Bitcoin itself is not banned in China with Over the Counter (OTC) trading still legal, thus considering what is going on there, the smarter/wealthier ones may well be going bitcoin.

The CSI 300 Index, which tracks the top 300 companies in the Shanghai and Shenzhen stock exchanges, fell another 3.2% today while the Hang Seng Index plunged 4.1%.

“I see panic selling in the market now as investors are pricing in a possibility that Beijing will tighten regulation on all sectors that have seen robust growth in recent years,” said Castor Pang, head of research at Core Pacific Yamaichi. “I don’t think investors can do any bottom fishing at this point. We don’t know where the bottom is.”

CNY has dropped against the dollar, down from 6.38 CNY per USD back in May to now nearing 6.5 CNY as the US economy recovers while China moves towards money easing in some ways.

Something that may have contributed to trouble at Evergrande, the property giant that saw its stock plunge after a court froze $20 million.

Debt in China is nearing 300% of GDP and the majority of it is in corporate bonds with defaults increasing.

“China is going after the core of its new entrepreneurial driven economy, and it’s going after their business models,” says Stephen Roach, an expert in the economic interrelations between China and US having worked at a high level in the private sector at both countries.

Hedge fund manager Anthony Scaramucci has called it a “Tiananmen Square moment for capitalism” in China, while BlackRock starts moving:

“Monetary and fiscal policy tightening is just one aspect of China’s overall hawkish policy stance, the other two being measures to stabilise property price increases and an antimonopoly clampdown,” BlackRock strategists including Wei Li said in a report last week.

UBS is getting out as the Chinese Communist Party risks for the first time facing the market:

“We are shifting our tactical stance on offshore Chinese equities to neutral within our Asia strategy, given the extent of recent regulatory action against technology companies,” Mark Haefele, chief investment officer at UBS Wealth Management, said in a report to clients on July 20.

The big question in everyone’s mind is whether this is just a blip or the start of a clash between the market and the Party which might be a catalyst for a full blown financial crisis in China due to fears of contagion.

There’s already a flight to safety with government bonds in China dropping amid this uncertainty and confusion.

A $600 billion tech sell off is just some of the money on the move, with some of it presumably making their way to cryptos as a hedge against the banking system which may well come under pressure if corporate defaults continue to increase.

Under these circumstances, ‘retail’ investors in China probably don’t care what the Party says, nor in Shanghai, as some of them run for the exit.

Thus while China’s morning time is shared with much of Asia, it may be China specifically that is contributing to bitcoin’s rise as the word panic starts being thrown around.

But this might be contained from a full blown crisis. However, if confidence continues to be shaken and big investors keep moving, we might see a reshuffling of sorts with bitcoin potentially one big gainer.