Bitcoin is Now Cash According to a New Proposed Law 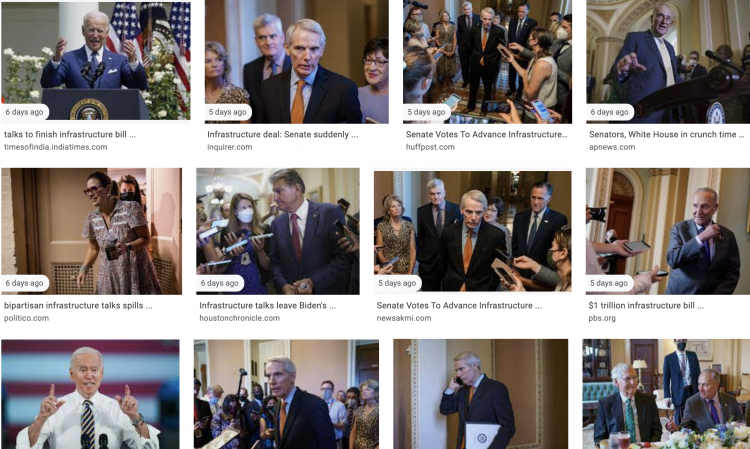 Bitcoin is not a commodity, a security, property, and certainly not a foreign currency, but actual cash according to a new ‘must pass’ law that is currently at Congress.

The $1 trillion Infrastructure Investment and Jobs Act is mostly about fairly cool things like trains and boats, as well as Buy American, Build in America, Make PPE in USA, and… cryptos.

Buried deep in the 2702 pages document, at page 2436 it says digital assets are to be treated as cash for purposes of Section 6050I(d) of the Internal Revenue Code of 1986.

Cash includes foreign currency and now once this law passes it will specifically also include digital assets, with digital assets defined as “any digital representation of value which is recorded on a cryptographically secured distributed ledger or any similar technology.”

Section 6045(g)(3)(B) of the Internal Revenue Code of 1986 is also amended to include brokers with this time the definition of ‘security’ amended to add digital assets alongside stocks, bonds, and the like.

The Infrastructure Act also expands the definition of a broker to “any person who (for consideration) is responsible for regularly providing any service effectuating transfers of digital assets on behalf of another person.”

“By including an overly broad definition of broker, the current provision sweeps in non-financial intermediaries like miners, network validators, and other service providers.

Moreover, these individuals never take control of a consumer’s assets and don’t even have the personal-identifying information needed to file a 1099 with the IRS. Simply put, the text is unworkable. I plan to offer an amendment to fix it.”

It is probable that his amendment will be accepted because Congress clearly has in mind exchanges and similar service providers, rather than miners or even self-custodian wallet devs.

That’s because generally it appears they don’t quite want to interfere in this case. All they want is money, some $26 billion by some estimates, in taxes which they think they might not be getting due to these reporting requirements not previously applying.

If it passes, the act says these requirements will start applying after the 1st of January 2023, with it unclear whether end users will see any difference because exchanges like Coinbase have been subpoenaed by IRS plenty of times.

So besides technicalities about definitions, it’s difficult to say much critical about this act as bitcoin is being treated like cash and they want the tax money, but there is an important criticism that takes the same neutral approach.

The Internal Revenue Code was amended where the threshold section is concerned, but the last amendment was in 1996 when you needed $20,000 to buy a house.

When this law was passed therefore $10,000 was more what today would be considered $100,000, a sum that doesn’t interfere with daily life and is more sufficient to justify the significant burden placed on the wider economy.

Surely the threshold should be something like $10,000 in taxes, which would mean any sum transferred above $100,000, with any justification in regards to money laundering and the like falling due to ‘small fish,’ or even planktons really, especially when considering it includes cumulative transfers.

Society obviously doesn’t want petty criminals either, but the balance that was struck needs to be maintained, not set and forget, especially as by 2023 considering how inflation is going this $10,000 may as well be the equivalent of $1,000 today.

The moving nature of the fiat value measurer means everyone has to keep moving with it. That includes Congress which needs to change this threshold and many others because otherwise it is effectively a tax increase of currently about 5% a month (the going inflation rate) in increasing compliance burdens by about 5% every month and generally by 2% a year.

That adds up, especially over four decades, with this set and forget crudeness potentially being one reason why we are now a low growth economy despite booming innovation as inflation means these fixed thresholds completely distort the balance between taxes or compliance and growth.