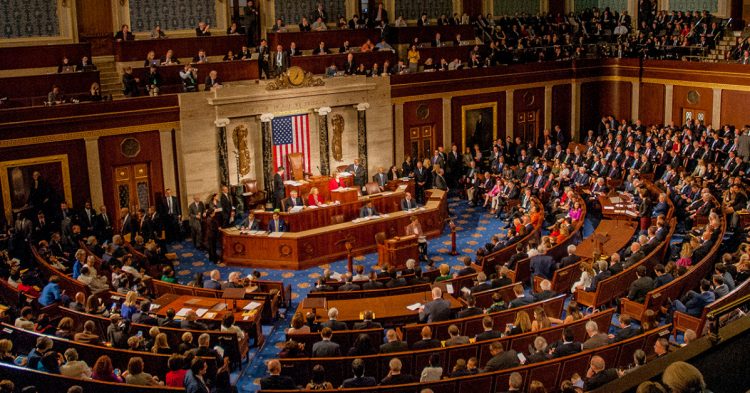 For the new chair of the Securities and Exchanges Commission (SEC), Gary Gensler, everything is pretty much a security.

There is “not enough protection” for investors Gensler said before seemingly expanding SEC’s mandate to “ensure financial stability” with it not very clear whether that’s more a code word for ensuring the current status quo of bank dominated finance.

“Every ICO I’ve seen is a security,” he said. There’s thousands of them. There’s 75 of them with a market cap above one billion. SEC just doesn’t have the resources to go after all of them, he said, with some of SEC’s resources currently tied up in a court battle against Ripple.

Stablecoins “impact on monetary and banking policy in jurisdictions around the globe,” he said. And thus perhaps the former Goldman Sachs-er needs to oversea them because stablecoins may be securities under the Investment Company Act 1940 according to him.

Fed chair Jerome Powell has previously said if he was to do anything in the crypto space like launch an e-dollar, a congressional mandate was needed as he wasn’t just going to reinterpret old laws.

For Gensler instead, everything is very clear. “We been awfully clear – Clayton was pretty clear, 75 cases in this area have been clear, the DAO report.”

More than four years on since that DAO report and 75 cases, there has not yet been one higher court judgment – let alone Supreme Court judgment – on whether a token is a security, a utility, a currency, a reward points, a collectable, all of the above or something else entirely.

Gensler however says he’ll keep using authority from court precedents, even as he moves into shakier and shakier grounds.

“Defi can implicate securities laws as well as commodities and banking laws,” he said. “People can trade on defi directly, 24/7, seven days a week, around the globe, with Asia retail, US retail, Latin America, Africa, European. It’s a truly global phenomena.”

What a marvel, he didn’t say, but he did say “Americans are doing defi.” Yeeehaa!

“Platform has to register unless it meets exceptions,” the borg then added, before taking off his mask in stating “platforms are facilitating the sidesteping of the banking system.”

Yeah, that’s a bit of the whole point because that banking system collapsed and it kind of tends to keep collapsing. We’d put it another way though, not necessarily sidestepping as Netflix didn’t quite sidestep Blockbuster, more upgrading it to automated transparent globally operating immutable code that anyone can read and write.

Gensler can easily tap the bank’s CEO, usually to get a coffee from them for overlooking their naked short selling shenanigans, but in theory and often in practice there isn’t anyone they can tap when it comes to defi platforms as anyone can fork the code and anyone can publish on Ethereum’s blockchain.

“Financial innovation doesn’t thrive outside our regulatory system,” Gensler said.”The hart of finance is trust – for Nakamoto’s vision to be reached, we need to bring it in our public policy.”

That perhaps shows why Gensler is a bureaucrat rather than an elected politician as there was a whole debate regarding that Satoshi vision and all agree requiring permission to write to the blockchain is very much against it.

It is also against the constitution as it happens. Code is speech, a precedent that very much disputes Gensler’s authority.

Considering the right to free speech prohibits the government from censoring or requiring a license to publish and is protected by the first amendment, it’s not clear even an act of Congress would give them the authority as the Supreme Court can always strike it down for being unconstitutional.

Gensler’s only hope therefore is informal intimidation in a hallmark of authoritarianism by perhaps reaching out to platforms and scaring them into compliance, potentially opening trouble for defi startups which have to fear a public backlash may lead to them being forked off.

Despite teaching blockchain at MIT, Gensler is a bureaucrat first and a former banker, not quite a bitcoiner, so whether he really understands what exactly he’s getting himself into by even suggesting SEC might have any role in defi is not very clear.

Nonetheless he says their regulatory priority is around “platforms, trading, defi.” Making all this very much an echo of 2017, both with the China crackdown and now the SEC with their insistence that everything is a security – even donkeys on a carriage – although whether another 10x will also follow as it did back then after the happy couple had their say, remains to be seen.

Yet first impressions for Gensler after his appearance at the little known Aspen Security Forum – funded by Carnegie, Gates, Rockefellers – is mixed in as far as he appears open to concessions.

Where defi is concerned with that Supreme Court free speech ruling, he probably has no choice. Its nature where the code is the contract and the ‘trust’ or ‘mutual fund,’ with the code being the custodian and all of it able to operate without anyone’s involvement once the contract is published, means many of these laws which have arisen through court cases to reduce cheating by individuals holding assets on behalf of others, do not apply because the code can’t quite cheat without your consent as you can read it or even change it by copy pasting (forking) and then publishing the modified version.

With the contract itself being the custodian, technically there isn’t another person holding assets on your behalf, it’s instead the ethereum network itself holding them, which then means the GPU miners or stakers, which then means basically everyone.

That makes this completely different in substance not just in form. Thus a technology neutral approach would see that this is actually a very new thing that doesn’t have the hazards of the analogue world.

It has its own hazards, there might be bugs in the code, but there’s nothing you can do about that except get audits and the rest which they do because they want to attract assets.

It’s not very clear therefore what protection SEC can offer here. Obviously they can’t eradicate bugs, they survived the dinosaurs. They can’t legally stop the publishing of code unless they overturn the Supreme Court’s decision. And it’s far too early in any event for any real mainstream usage as he might have in mind as we wouldn’t want grandma anywhere near defi for the next ten years or so when this space is at the internet’s equivalent of 2005, currently being in 1995.

Defi, considering it’s a new way of doing finance without custodian issues in theory and largely in practice save for bugs, where the de in defi is really decentralized, not should but must and will – because there’s nothing they can do as coders can Nakamoto – be given the opportunity to fully develop in a mature form.

Once defi reaches the stage of current internet where there isn’t as much movement, then maybe there can be regulations. Before that, Gensler would just be wasting his time and the very little resources he has. Resources that can be used to do the job he has legitimately been given by those old statues, a job he has hinted he’ll focus on, but with his first speech being on cryptos, it’s not very clear.

Because where cryptos are concerned, we’re doing fine and have been doing fine without him and intend to very much enjoy and fully protect this carnival of color and innovation where ICOs are still booming, we just don’t call them ICOs anymore grandpa.

There’s now flying cats NFTs and so much more, with it all untouchable really because of Nakamoto’s vision example, and it will remain untouchable until we build what we want to build. Afterwhich, you can then come and sterilize this space for grandma. Until then, she and all these investors that need ‘protection’ should just go and get their condoms on GME stocks or Fed controlled bonds or better still, crashing Chinese stonks, while we fund and build tomorrow’s world in a catch us if you can dinosaurs.