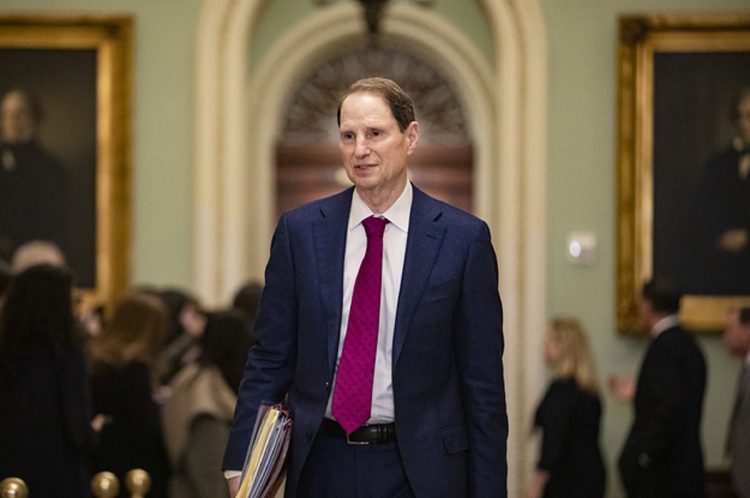 Bitcoin has crossed $46,000, making a new recent high in a bull run since July, gaining about 3% today.

That’s while Dow Jones has opened down, but the dollar has fallen and interestingly gold has dropped too by 1.5% for the day.

That all suggests there’s something crypto specific going on, and that’s most likely the shoving to the limelight of the crypto space in Congress.

Senators are now getting a crash course on cryptos with Ted Cruz stating “there aren’t 5 Senators who understand much of anything about crypto.”

They’re trying to reach an agreement, but the biggest hurdle now seems to be getting a vote at all on the amendments.

Without a vote on the amendments, the bureaucracy will be given sweeping interpretive powers that would probably be clarified to this space through enforcement, and such enforcement here would be through prison not fiat settlements.

So making this a litmus test for democracy where the millennials are concerned, because these people are paid and given ‘speaking fees’ to vote especially when the matter is contentions.

Withholding a vote from the elected, as Kyrsten Sinema did on Sunday, is effectively running away from voters and a withholding of our right to know where these people stand on the matter.

Without such knowledge we can’t hold them accountable except for few of them, like Sinema which happens to be in a very battleground state of Arizona and is seemingly rising as the bady of this episode, the woman in red as she may be called, or the banker’s meme senator with her receiving hundreds of thousands in ‘donations’ from banks like Citi.

The heroes are many. Pat Toomey of Pennsylvania and Cynthia Lummis of Wyoming are already known, with the newest one being Ron Wyden who is championing the freedom amendment which exclude open source coders from effective license requirements.

He is a Democrat, showing the matter is bipartisan, and chairs the Senate Finance Committee, showing he is one of the few senators with expertise on the matter.

The name Jon Ossoff has come up as well in the very battleground state of Georgia, but it’s not clear where he stands on the matter. The only thing we could find from him is a 2014 tweet:

Without a vote, all these senators will be running away from responsibility in an act that would be very damaging for the perception of the functioning of Democracy in the United States.

If they vote and we lose, at least we’ll know where the elected stand. If they don’t vote, that’s an admission we would win and thus the people of the United States would have effectively been robbed out of the legitimate way of passing such sweeping legislation with constitutional ramifications.

Something that may well make it easier for coders, especially if they’re based in Europe, to proudly ignore their authority as the law would have not passed through legitimately with the elected having a say on the crypto part specifically, rather than burying it deep in trains and boats while denying a vote.

The matter wouldn’t end there however as this would go to the House, but Congress has the people’s attention right now for the first time as far as we can recall in the passing of a bill, so what happens in the next few hours may well determine how millennials judge the functioning of the Senate.

As it happens it looks like we have the attention of our bros at the WallStreetBets crowd in Superstonk and GME, so if we’re going big politics then things may get very interesting with a wide coalition potentially forming that happens to be both relatively wealthy and smart as well as numerous.

The revenge of the geeks would be sweet and may upend politics as the cream of the generation would be alerted to something having gone very wrong in Congress if they do not vote on what is a constitutional matter that concerns the right to publish open source code without requiring a license.

Even more interesting is our other allies that happen to be at the national security. Sigal Pearl Mandelker, a former Under Secretary of the Treasury for Terrorism and Financial Intelligence, summarized it well at the Aspen Security Forum.

Their concern is effectively that coders might close the door by running to Europe or somewhere else, something that would mean they would have no influence and thus America would be at the mercy of competitors, including China, especially in places like Africa or other developing countries where the banking system effectively doesn’t exist as we know it in the west.

If you look ten years from now, crypto may well get its Facebook version or Twitter and all the rest. If they’re not in the United States, then America loses raw power and falls behind geopolitically with the rules of the game set somewhere else.

This strategic view of innovation is kind of revealing itself in Congress to the ‘non-initiated’ as some national security conscious Senators back freeedum.

All this is obviously great for crypto because it is being introduced to a new audience and all these 80 year olds as well as their staff and nitty gritty politics reporters and lobbyist and observers and the whole palace caravan is starting to learn in some detail about this thing called bitcoin.

We on the other hand are starting to learn about this thing called politics and just how the sausage is made as Chuck Schumer puts it.

In the end, it’s not clear which will be transformed in essence with Congress probably never having previously seen something like what is currently unfolding as a massive crowd with a lot at stake fights for the freedom to publish open source code without licensing.

It looks like there may be an agreement however, but what just happens starting in a few minutes at 12AM Washington time remains to be seen.