The Summer of Boom 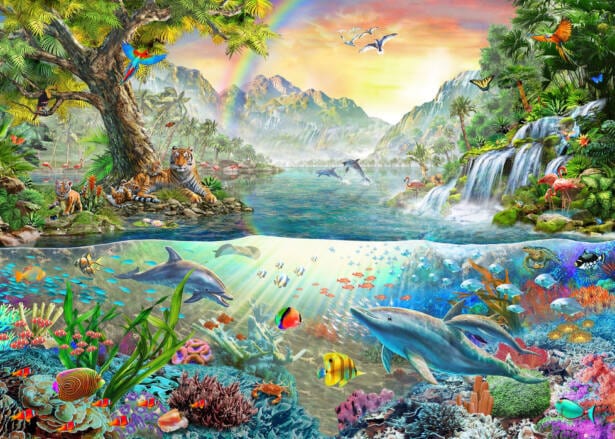 The American economy is growing at its fastest pace in decades. The European, too. Stocks are making new highs. Innovation is arguably at one of the highest point in history. Flying cars are coming, though now they call them air taxis. Genetic sequencing has much promise. Totally self sustainable cars where the solar roof powers it, are on their way.

Global education is at its highest point in history. In the west, university level education is now common. Across the world, basic maths and abc is commanded by every cheeky boy and girl.

The world has never been richer. From the Nile to the Rhine, from the Yellow river to the Amazon, in some ways one can even say we have a global paradise for self actualization has never been within so close a reach of so many.

In a short 20 years the globe has transformed with the leaderboard of the richest being self made mostly men as our command over the basics like food and shelter unleashes a start up boom that most likely has never been seen to this scale, to this extent, to this level of numerous self actualizations.

The age of aquarius is beginning to deliver on its promises. Democracy now rules more of the world than at any time since man civilized. A functioning civil service now operates in almost all of this globe. The right to speak has never been greater. The number of journalists as a profession must be the biggest in history.

2,000 years since the burning of Alexandria, libraries are now our temples. Man is more free than in all history.

It must thus be an astonishing accomplishment of nature, or perhaps randomness, that this man can achieve and keep on achieving an ever more pleasing paradise.

Soon, whatever force that drives us will send us to our nearest solar system. Purpose, even in the face of dragons or lions or in the pits of hell, can achieve the miracle of a paradise for men everywhere.

And so they were wrong about the 90s being the peak of us, that good sense, good reason, drive, optimism, is chained by a trajectory to hell.

And they were wrong because some went there, even met Satan, and defeated the devil, the dragons, the lions, and made them all pets.

Thus the spirit of man, the iron energy of cosmic stone, unbreakable, unbendable, as the universe within it makes all matter unite for the pursuit of paradise.

So says youth, in its decades forward perspective, in its knowledge firm that at least for now we and energy is marching as fast as entropy.

And so, one should think there’s cause to celebrate, for whatever happens next, whatever disappointment or inconvenience, whatever stupidity or treachery, at least for now it is beginning to feel a bit like paradise has arrived on this very world.

It is thus a fine time to just enjoy oneself at least for ten days, as this summer of 2021 gives hope to far better months. And though bitcoin of course trades 24/7, we can choose to relax. To encourage others to do so too, we won’t be covering it until September.