No Authority Over Cryptos Says FCA 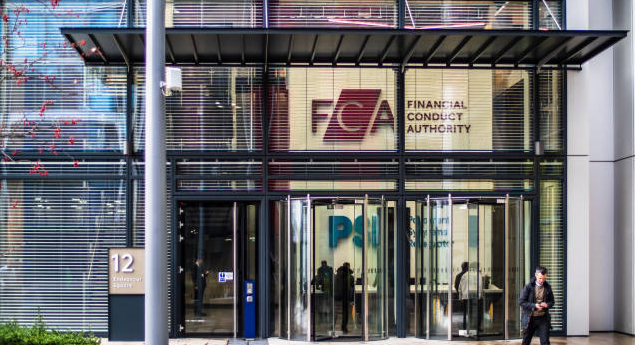 UK’s Financial Conducts Authority (FCA) has stated they have limited jurisdiction over cryptos and tokens unlike US’ SEC which basically claims everything outside bitcoin and eth is a security.

“The FCA currently has a limited role in registering UK-based cryptoasset exchanges for anti-money laundering purposes,” said Charles Randell, Chair of the FCA, at the Cambridge International Symposium on Economic Crime, before adding:

“Where digital tokens are used to constitute or represent investments that we already regulate, like shares and bonds, we will use our existing powers in the same way as for investments that are not tokenised…

And where other activities we regulate reference digital tokens, we will pursue our consumer protection objective in limiting the harm…

But we don’t currently have a general remit from Parliament to regulate the issue or promotion of speculative tokens.”

Everything is speculative in the grand scheme of things, so presumably he means just tokens like eth or xrp or uniswap with FCA so needing an Act of Parliament to have any jurisdiction over them, unlike SEC which has grabbed such jurisdiction through stretching interpretation of old laws instead of by a proper mandate from Congress.

Randell however is not quite sure whether such jurisdiction should be granted to FCA, with London’s UK perhaps thinking of positioning itself as an alternative to New York or Los Angeles. Randell says:

“Here in the UK there are many other purely speculative activities that we don’t regulate. You can buy gold and other commodities, foreign real estate, foreign currencies, or even old school tokens like Pokemon cards, using unregulated markets.

There is no shortage of consumer harm in many of those markets. So why should we regulate purely speculative digital tokens?

And if we do regulate these tokens, will this lead people to think that they are bona fide investments? That is, will the involvement of the FCA give them a ‘halo effect’ that raises unrealistic expectations of consumer protection?”

If FCA is to regulate, then you’d expect them to add something other than huge red-tape costs, and so ‘consumers’ or the voting public would of course have certain expectations.

Whether FCA can meet them considering this is a very new and fast moving field, is not clear, but what they seem to have clarified is that their permission is not requires until an Act of Parliament is passed.

Parliament currently has a significant libertarian caucus with crypto supporters extending to some in the Labour party as well. So if the matter went to parliament then crypto would probably have supportive voices there.

Randell however does not ask for such, with one potential reading of his statement being they’re telling entrepreneurs, who may be worried about SEC’s aggressive power grab, that London is quite a bit more permissive than the United States.

If so, then they have front-run the European Union which has not yet quite clarified what their position is on jurisdiction amid a heated battle between Ripple and SEC.