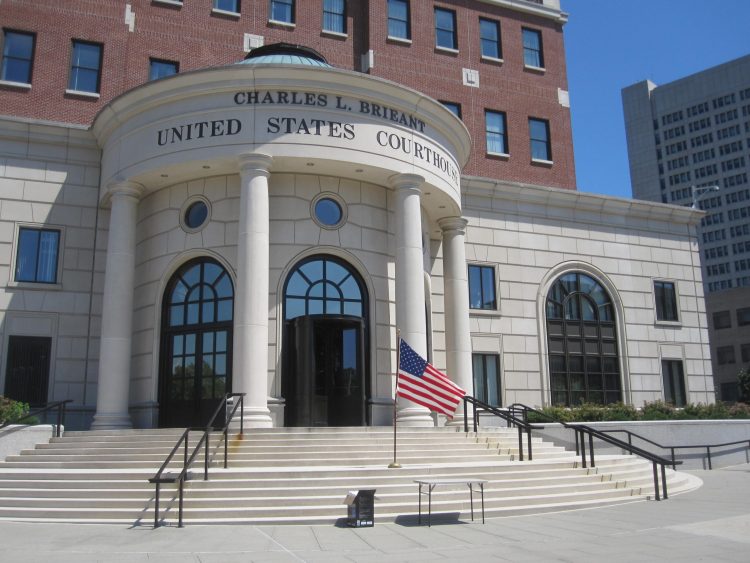 The Securities and Exchanges Commission (SEC) has refused to disclose aggregate data of bitcoin, eth or xrp holdings and trading.

“Defendants’ request falls well below the ‘low bar of relevance’ the Court considered when it ordered the SEC to produce Ethics Counsel’s guidance on digital assets and is an unjustified intrusion into the private financial affairs of SEC employees, even on an aggregate basis,” Pascale Guerrier, Trial Attorney at U.S. Securities and Exchange Commission in the Division of Enforcement said in a court filing.

Ripple and its executives have put forth the defense of fair notice which necessarily turns on whether they knew or should have known that xrp is or was a security.

The argument thus is simple: if SEC employees themselves did not know or behaved in a way that suggested they did not know xrp was a security, then how on earth is the court or the public to expect anyone else to know.

SEC however says employees’ trading data is gathered for the purpose of ethics compliance. That ethics clearing has nothing to do with whether an asset is a security or otherwise, but merely with a conflict of interest. Well known securities are often cleared for trading, SEC says.

Congress has determined their trading should be confidential, although it isn’t clear why there shouldn’t be full transparency in aggregate to prevent insider trading considering they are provided countless of pre-public and confidential information by operators in the $100 trillion market they oversee.

Where it concerns crypto itself, xrp is not a well known security, but on trial regarding whether it is a security with one defense being fair notice, the lack of which turns into law by enforcement that creates a disbalance of information as the enforcer of course knows of their actions before taking them, and as such can financially profit from market movements based on their action, with that being an obvious and clear conflict of interest due to there being two stages: one where there is no determination on whether an asset is a security, and two once such determination has been made.

“The SEC has also provided additional information (1) that bitcoin, ether, and XRP did not appear on the SEC’s Prohibited Holdings list and (2) that bitcoin and ether never appeared on the Watch List and that XRP first appeared on it on April 13, 2018,” Guerrier says.

They say the prohibited holdings list is for entities SEC directly oversees, like brokers, which is not applicable in this case. The Watch List is for assets that are under pre-investigation.

“An employee may not be permitted to engage in trading in securities related to that entity when it is ‘under investigation,'” SEC says.

Securities is a very specific term that we all have come to know in some detail. A bitcoin ETN or ETF, for example, is a security, but bitcoin is not. If bitcoin was on this Watch List, employees would not be prohibited from trading bitcoin directly.

Was there any trade in xrp at SEC after April 13 2018? The answer to that question can be crucial to the entire case, making disclosure of this data not a low bar of relevance, but most relevant as if there was a trade it would show SEC by its own rules did not consider it a security.

Was there any trade in xrp at SEC before April 13 2018? If there was, then why were SEC employees trading an “illegal security” as SEC calls XRP and were cleared to do so by the ethics committee as holding an illegal security by someone that is meant to enforce such matters is an obvious conflict of interest, indicating maybe they did not consider it to be a security? If there were trades before and not after, then doesn’t that go a great deal towards showing there was no fair notice that xrp is a security?

Whatever the data are therefore, they can be either crucial or very important to the fair notice defense which is a constitutional requirement as the law has to be predictable, rather than ad hoc.

On the other hand revealing this data is more just a “burden of disclosure” for SEC as there is no privacy or confidentiality breach because the names of employees are not revealed, it’s just a total number like x number of employees bought or sold x xrp or eth.

Where the “burden of disclosure” is concerned, presumably they’d just type xrp on a database and we can all guess they probably have already done so because if the data was in their favor you’d think they’d just release it.

Unless of course the SEC still operates by pen and paper, which would go to show they are quite unfit to regulate code networks, something that itself can indicate they have stretched the Howey test to the point of meaningless.

Bitcoin and eth data here would be relevant to show how SEC has treated something they consider to not be a security, and one they now say is a security, in an oranges comparison of sorts.

Finally SEC says an investment decision by an IT or HR professional at the SEC, or their spouse, is irrelevant because they wouldn’t have a higher standard of knowledge.

Judge Netburn may well ask why then are these employees subject to ethics clearing? Maybe because they all work in the same office and talk to each other, sometime maybe over what coin SEC wants to play next in the crypto casino by plunging its price through filing lawsuits or opening investigations.

The court moreover has to consider that whatever happens here will probably be appealed, maybe directly to the Supreme Court as considering the importance of the matter with the judge calling it a “unique case,” that would save time and resources both for the court and the public.

When making such important decision, the New York court as well as the Supreme Court and the public should of course have all the relevant information and that must include how SEC itself considered the matter through all the nine years as most clearly shown by its trading activity.

It is also very very much in the public interest to know whether this law making by enforcement – with this being the first case of note that finally gives the rightful body the opportunity to interpret what is now ancient law as so far other cases have been settled, leaving SEC as judge, jury and executioner for three years now – whether this way of behavior is to the direct financial benefit of SEC employees.

That’s because the costs to the public have been grave. SEC’s decision to kill crowdfunding in 2010 has directly led to the monopolies we now see in web 2.0, like Facebook or Reddit, because VCs do not like funding competitors to companies they have backed. Monopolies that even threaten democracy itself, including through political censorship with Foreign Affairs stating:

“One of the weirder ironies of our time is the fact that U.S. citizens are sometimes censored and even deplatformed for political speech by the same American social media giants that channel CCP disinformation and agitprop to millions of people worldwide.”

It is no coincidence that innovation in web 2.0 effectively stopped after 2010 because the public was effectively prevented from ‘voting’ with its money through crowdfunding.

A decade hence, it would be the judiciary that would take the blame if this space devolves into a handful mighty crypto monopolies as they would be the ones extending a law about stocks equity to self-executing code through units of account we call crypto or tokens, in the process making legal and open entry into this space possible only through monopolist VCs with all the consequences that would entail for freedom of speech as code is speech.

SEC for its part is a self interested entity that wants to increase its budget and prestige by extending its jurisdiction with everything a security for them because that means more money for them.

The judiciary however needs to consider all matters and the chief of them all is the public interest, with it in the interest of all to know if SEC did or did not trade in cryptos while making decisions that significantly affect the crypto market.