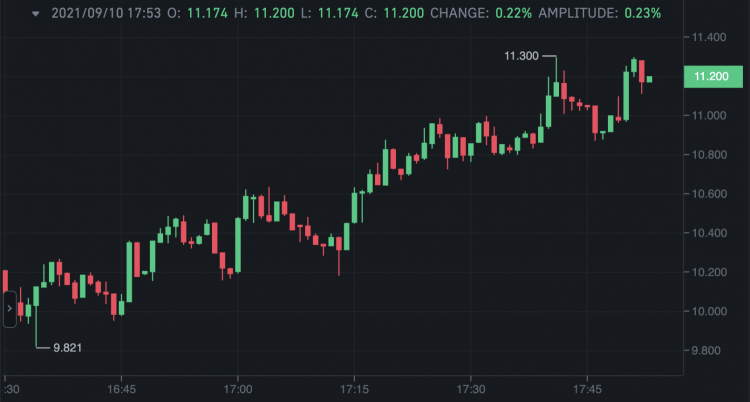 Kraken has banned Canada from trading dYdX (pictured) alongside USA with the exchange not providing any further information as to why they banned Canada.

The dYdX smart contract trading platform has itself banned USA residents from using the platform or for claiming the circa $10,000 airdrop with an average of some 1,000 dYdX tokens per user given as a gift of sorts.

They have not banned any other country however, while Kraken has chosen to ban Australia and Japan in addition.

“DYDX trading is not available for residents of the United States, Canada, Japan and Australia at this time,” Kraken said in an email to its users.

Trading is to start on September 14th with deposits already available as the non-marketed and non-promoted dYdX token becomes one of the most quickly adopted by centralized exchanges, including Binance and OKEx.

That may be in part due to pressure from smart contract platforms, like Uniswap or Sushiswap which listed the token pretty much immediately.

Coinbase has not yet made any public announcement regarding dYdX, with America’s biggest crypto exchange having a license to list securities through an acquisition.

Kraken for its part has become a chartered bank in USA, but now faces banning its own country as national law clashes with global jurisdiction.

Europe has made no statement regarding these developments, with it seemingly taking a hands off approach. An apparently conscious decision as the head of UK’s FCA stated an act of parliament would be needed to exert jurisdiction.

Unlike USA’s Securities and Exchanges Commission (SEC), European regulators appear unwilling to re-interpret old laws and seem to be taking the approach of US’s Federal Reserve Banks with its chairman, Jerome Powell, stating a mandate from Congress would be required if he was to exercise jurisdiction.

The crypto space thus is more and more banning the United States, and apparently what some may well call its vassals, as a clash of jurisdictions plays out at the frontiers of digital innovation.