Can Europe Stand Up To USA and China? 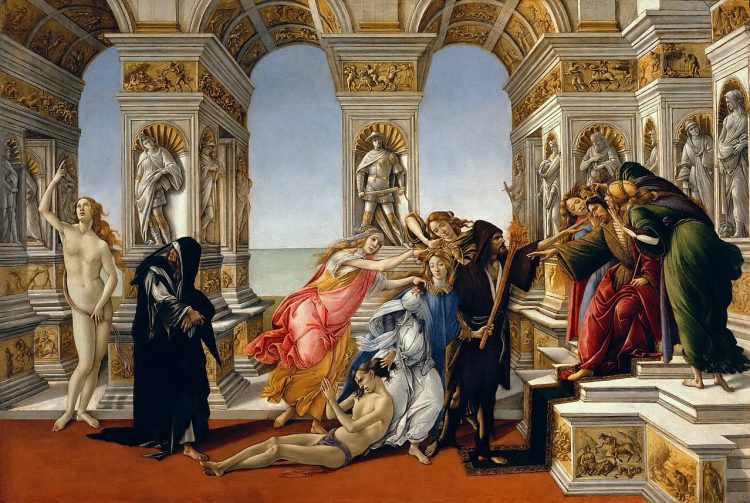 Europe is under attack. On the one hand, China has taken its manufacturing of even high end goods, with Armani flip flops now made in Asia. On the other hand America exerts global jurisdiction over tech, both by the state protecting monopolies through regulations that create impossible barriers to entry, and by these monopolies itself acting as a law making body in an almost total disbalance of bargaining power.

The result has been catastrophic. While America has doubled its GDP since 2008 and China has grown by nearly 10x in 15 years, Europe’s economy is now smaller than a decade ago:

The cost of us all ‘living in America’ for Europeans has been poverty. Canada and Australia do not have a better story, all have seen a smaller GDP while America has grown considerably:

While America has grown by more than 33% over the past decade, its allies have seen a fall of some 5% for Europe.

One reason may be because America has exerted global jurisdiction over the internet with its effects a bit complex.

USA has a highly developed VC pipeline that focuses on primarily funding tech companies that can dominate a field, thus become monopolies.

Europe does not have a Venture Capital environment that can to the same extent satisfy market needs beyond bank loans. Hence the rise of crowdfunding in 2010 was to the benefit of Europe as Europeans could directly participate in VC investing towards promising companies, but not in the interest of America which wants a more controlled capital formation environment because it gives them an edge due to it being more developed.

This is one small example of what in effect amounts to protectionism and imposition of America’s laws onto Europe, which is often to the detriment of Europe and to the benefit of USA.

When Spain asked Google to pay news publishers for example some years ago, Google just stopped listing Spanish news publishers with the Spanish government caving in, instead of banning Google all together, including all its products, including search and its advertising platform, something that would have encouraged Spanish competitors.

Back then however the propaganda coming out of music and movies from America was too drunkening to see that sovereignty matters, and that we are not all living in America, some live in Europe.

Therefore European law must apply in Europe, including on the internet, and not American law even if American citizens or entities are using the platform, just as European law does not apply to Google’s global operations just because some Europeans use it.

That timidity of EU governments towards exercising sovereignty has most likely had a direct effect in not just stagnating the economy, but in a falling GDP, something that can get worse if Europe doesn’t quickly adjust.

In September 2017, China banned bitcoin exchanges. Around the same time, America’s Securities and Exchanges Commission (SEC) began opening investigations in numerous crypto entities with it effectively declaring it has global jurisdiction even if one US citizen participates.

This synergy between China’s authorities and those in America repeated in 2021 with China kicking out some bitcoin mining farms while USA around the same time moved in to say everything is a security, including an 8 year running crypto network called Ripple.

Just as Europe said nothing while America and Russia competed with each other to expand their empire, with half or Europe under effectively US occupation and the other half under Russian occupation, so too Europe now says nothing as America and China expand their tech empires.

Since the fall of USSR, America has been keen to exercise control over Europe in particular and other vassals, like Canada, to the extent they effectively fabricated an imagined enemy that now they have put in power again in Afghanistan.

The footprint of US troops in Germany thus only expanded, some of it used to spy on Merkel, with Europe during this period appearing as merely an extension of USA to the point many foreigners see no difference between America and Europe.

Until 2016, when Brexit and Trump led to the rise of a continental European identity which now sees what previously they didn’t.

The claim for example that they thought Biden would be different is to ignore the fact that it is not in any way in America’s interest to be an equal when it can use Europe as a vassal and impose its laws upon it as GDP stats show.

Why would it be in America’s interest to be subject to international law when so far it has had the means to put Europe under its laws where it concerns the internet, and much of the world where it concerns banking.

In fact it may well be precisely because America does not want to be an equal that it goes to great lengths to find an enemy, with the latest of course being China.

This would be most comforting for the blob as if they get their way they will have the opportunity to divide the world again into the China empire and the American empire, with Europe already ostensibly being carved as Serbia’s president kisses the Chinese flag or Hungary opens a Confucius institute.

In tech, USA and China have already so carved the world with Europe left behind especially in the space race while Europeans rush to buy the first publicly listed California based Rocket Lab company.

You may say Europe has had the burden of lifting half the continent, and that may in part explain its stagnation although that half is growing, but Europe has also clearly been outplayed with the military limitations on Germany for example having its costs as Europe can not act in its own interests because without the military resources of its biggest economy it couldn’t stay on in Afghanistan if it wanted.

That chaining due to a lost war nearly a century ago that was followed by much propaganda that ignores the mass holocaust of the nuclear bombing in Japan, makes Europe effectively still occupied because it is obviously not an equal of America as the latter does not have such limitation.

That has to change, especially if America and China pretend they are confronting each other when they’re effectively collaborating to carve the world or to impose global policy, often to the detriment of Europe.

Something clearly seen in tech, where America wants to tell Europe what to do as if following America has not contributed to this stagnation or as if Europe can’t be a global power in its own right especially with some skillful understanding between Europe, Russia and Turkey.

And silence is following. Europe needs to be more clear that America does not have a global jurisdiction, for example. That the internet is not America’s internet, but a global internet, where European law applies too in a way America can not interfere without political consequences.

Europe in short needs to carve its own way and needs to effectively declare its independence if it is not to be gobbled up and chopped into parts as often happens to vassal states.

And it needs to do so fairly quickly if its economy is not to fall further by expressing its intent that it is not going to be part of any empire, but the European empire, starting with declaring crypto platforms as not securities but new business models that are very much welcomed in the new land of the free.