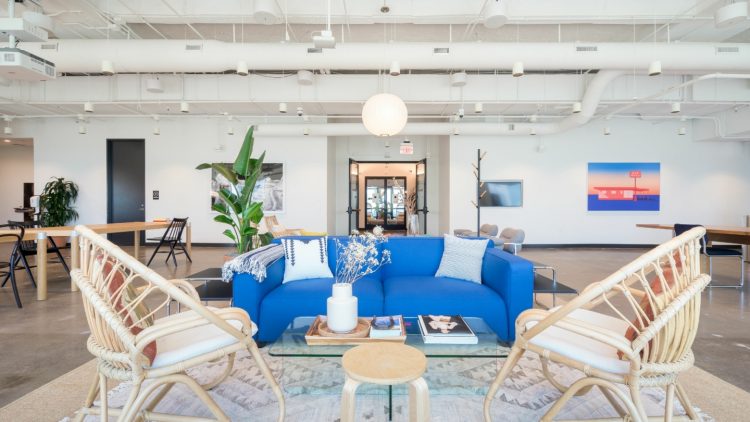 One of the biggest stocks and crypto trading app, with some 15 million customers, has bought an undisclosed sum of bitcoin to pay for office space (pictured). The company said:

“Revolut will take space for more than 300 employees at WeWork 6900 Dallas Parkway in Dallas, the hub for the company’s U.S. expansion.

Revolut will also be WeWork’s first enterprise member to sign new space using cryptocurrency, specifically Bitcoin, as it establishes its largest office yet in the US.”

Something that may sound like a marketing gimmick, but the bitcoins are real and they probably amount to at least $1 million if this is a yearly contract or longer.

Those bitcoin will also be held by WeWork which announced in April they”ll accept it alongside eth, with it stating “WeWork will also hold the currency on its balance sheet.”

Coinbase paid them in crypto at the time as well, making this expansion of crypto payments a somewhat silent, but growing development that has gone a bit under the radar.

In this specific case where WeWork actually holds the crypto, it also makes it a bit quite interesting because it sort of becomes in a cryptonian’s interest to pay them in crypto as that crypto is then effectively taken out of circulation by the company keeping it as a hedge of sorts.

The growth of crypto is obviously in Coinbase’s interest, but by this act Revolut is clearly suggesting it is in their interest too.

The app provides bitcoin, eth, litecoin and bch trading. The more cryptos grow, the more trading, and thus the more profits. So unless they received the bitcoin somehow for free, they turned some dollars into BTC and then ‘locked’ it in WeWork’s hodl, while getting the offices they need.

“We’re excited to continue on our rapid growth trajectory with an innovative partner like WeWork that affords us the flexibility to pay using cryptocurrency – a technology whose future we vehemently believe in – as Revolut expands in the US and around the world,” said Rhebecka D’Silva, Revolut’s Global Head of Real Estate.

While we’re a bit excited about what might be a new dynamic in regards to companies holding bitcoins received for services in their treasury, with other crypto supporting companies and cryptonians having an incentive to turn usd into bitcoin and then ‘lock’ it, rather than just hand over usd, or to ‘lock’ bitcoin directly rather than turn it into usd and pay with that.

So the Tesla model, which never quite came for Tesla yet, but other companies seem to be experimenting with it and so just how it goes may well turn out to be interesting.