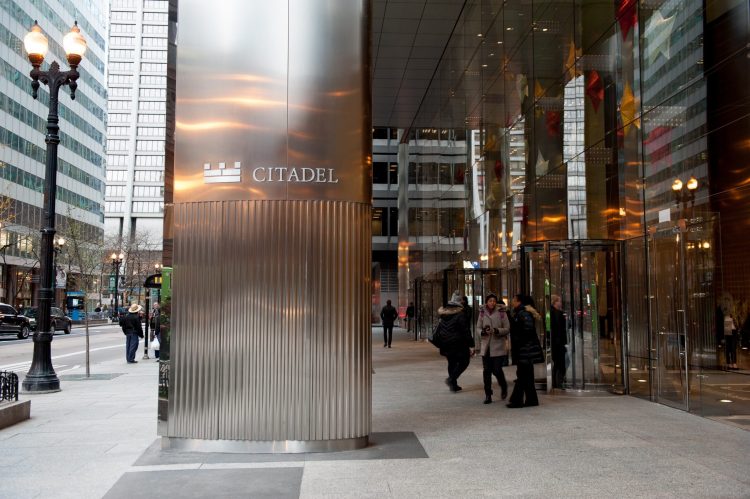 “On January 27, 2021, the day before the restrictions were implemented, high level employees of Citadel Securities and Robinhood had numerous communications with each other that indicate that Citadel applied pressure on Robinhood.”

So says a new court document in a class action lawsuit against Robinhood following an alleged $10 billion in retail losses after Robinhood and other brokers suspended the buying of GME and other stocks.

The claim filed at the Southern District of Florida alleges there was a coordination between brokers to suspend trading.

It also says “Robinhood received an email from NSCC indicating that Robinhood had a deficit of roughly $3 billion dollars.”

The National Securities Clearing Corporation (NSCC), a subsidiary of DTCC, is what can simplistically be described as the broker of brokers/banks.

The big question is whether stock trading was suspended because of this liquidity crunch at the clearing houses, or to protect short sellers, specifically Citadel.

Citadel is a hedge fund with about $35 billion in assets under management which in this case acted as a market maker, the claim alleges.

They say as a market maker, Citadel was a counterparty to every buy and sell. In this case it was mostly retail buying, so Citadel was building up a sell position.

Generally market makers try to stay neutral, by in this case buying the stock at a loss, but the claimants say they could not satisfy large volumes without also building up a short position, so becoming a hybrid of market maker and speculator.

The claimants say Citadel and Robinhood have a close relationship through payment for order flow, or agreements to rout orders through them and others.

“According to Robinhood’s SEC Rule 606 filing, Citadel Securities was responsible for over $141 million of the approximate $330 million that Robinhood received as payment for order flow in the first quarter of 2021 alone,” they say.

The crunch then stands on whether this business relationship was utilized to aid Citadel to cover their short position on a stock that was going parabolic.

Crucially, the claimants provide evidence of such communication based on a private discussion on Slack. They say:

“On January 27, 2021, the day before the restrictions were implemented, high level employees of Citadel Securities and Robinhood had numerous communications with each other that indicate that Citadel applied pressure on Robinhood.”

The Senior Director of Clearing Operations at Robinhood tells Swartwout that there’s “anecdotal evidence that several ‘very large’ firms are having really bad nights too.”

James Swartwout, the President & COO at Robinhood Securities LLC, says everyone is having a bad night, then adds “you wouldnt believe the convo we had with Citadel. total mess.”

No detail is provided on the contents of this conversation. A few hours later on the 28th of January, the NSCC email is received. Shortly after, GME stock buying is suspended.

Robinhood then raises about $2 billion, with GME stock buying re-instated. During that period GME’s price crashed from above $400 to about $100. Some speculate this window was used for hedge funds to close their short.

It’s for the claimant to prove that Robinhood acted in breach of trust by interfering in the functioning of the market to favor some of their customers over others, rather than took the action it did because it was unable to provide a market any further due to lacking liquidity as demanded by NSCC.

Based on the evidence provided, that NSCC was an issue is clear, but they were able to raise the funds needed within a day, yet GME buying still remained suspended.

The question therefore becomes which had more influence, NSCC or Citadel, on their decision with clear evidence provided above that Robinhood was told of a “total mess” at Citadel.

If they took the decision more for one of their biggest customer, Citadel, being in a “total mess,” than due to NSCC, then that would prove it’s a rigged market.

Because previously there have been many court cases proving collusion to rig the price of gold or even the price of money in Libor, decentralized finance (defi) has risen to provide an immutable alternative where intermediaries can not interfere to stop the market or otherwise, and where clearing houses are not needed because the peer to peer ethereum network is the code based automated clearing house.

But whether there’s further evidence of it in this case is yet to be determined as it remains to be established which one had more influence on their decision.

The claim itself has a lot more evidence than we can cover. Thus it is published in full below.