London on the Brink of Grabbing Defi Jurisdiction with Revolut Token 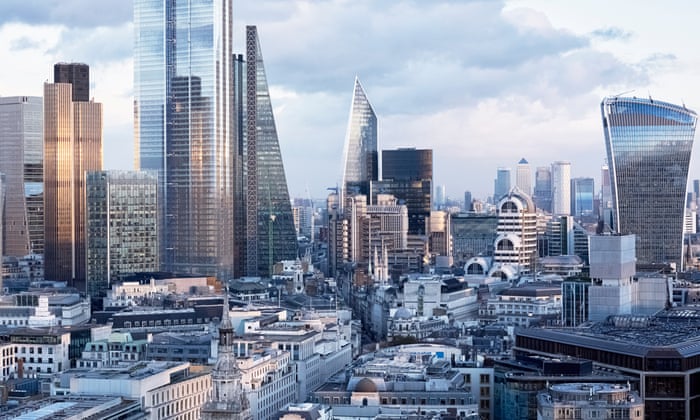 Almost precisely seven years ago, the then Chancellor of the Exchequers George Osborn bought a bitcoin, declaring London open for business in an era that unleashed the rise of Fintech while New York was bogged down by what the crypto industry called stifling regulations.

The echoes ring again as the US Securities and Exchanges Commission (SEC) ends the debate, stating pretty much everything is a security and falls within century old investment prohibitions.

But almost on the same day that one debate was closed, the chair of UK’s Financial Conducts Authority (FCA) Charles Randell took the opportunity to say London is different, stating:

“We don’t currently have a general remit from Parliament to regulate the issue or promotion of speculative tokens.”

That statement is a green-light of sorts to entrepreneurs that want to experiment with defi like new token based business models as UK is not taking the same approach as SEC in re-interpreting century old laws, but effectively is taking the approach of being open for business until Parliament has a legitimate say.

That may come under test in what could be historic for finance as Revolut, the London based fintech stocks and crypto app worth some $33 billion, is apparently planning to launch a crypto token according to Coindesk’s unnamed sources which say:

“It’s a ‘Revolut users earn a token’ type of thing, similar to Wirex and Nexo,” the person said, referring to the card issuer’s WXT token and the crypto lender’s NEXO, respectively.

Otherwise known in this space as yield farming, something that would significantly set aside the still private-held fintech app because many people in this space have been so spoiled in defi that trading without token rewards is starting to feel a bit dumb.

dYdX is the latest to show the power of this new model. Its trading volumes have ballooned to $9 billion a day from just $30 million in July.

Some say there’s much wash trading, but dYdX has enacted a policy that does not count wash trading in rewards. So a great part may well be simply: why trade on Coinbase or Deribit when you can get tokens on dYdX.

These tokens are given for free, so there is no investment or capital pooling in an enterprise. However, as any lawyer well knows, any law can be interpreted as one pleases if so inclined. So if the agenda is stifling regulations, well one can interpret the Securities Act 1933 to say even the moon is a security.

What agenda FCA has, is now to be seen as any Revolut token is subject to FCA approval the unnamed source says.

Making this a test because words are one thing, and actions another. If they give the go ahead, then London becomes a safe haven of sorts for defi entrepreneurs while the city gains new reinvigoration by putting itself at the cutting edge of finance in potentially a transformative way. So much so that plenty may even forget about Brexit.

For Revolut, the you can’t beat the giving away for free model, becomes the you can’t beat giving actual money. Because while the token is given for free, if it comes with fee sharing rights, it necessarily gains value and thus instead of giving a discount for fees or rebates, people are given actual money for trading there.

Anyone with any sense thus would use the app if they trade stocks, with many second and third order benefits because the public, or retail as they call it, would become the primary beneficiary.

Making this a golden opportunity for London, or a chance for redemption, or a second chance after the 2014 one was kind of messed up by Brexit.

While where this space is concerned, SEC would effectively be cancelled as New York was, and the digital revolution party thus can keep on in the open.