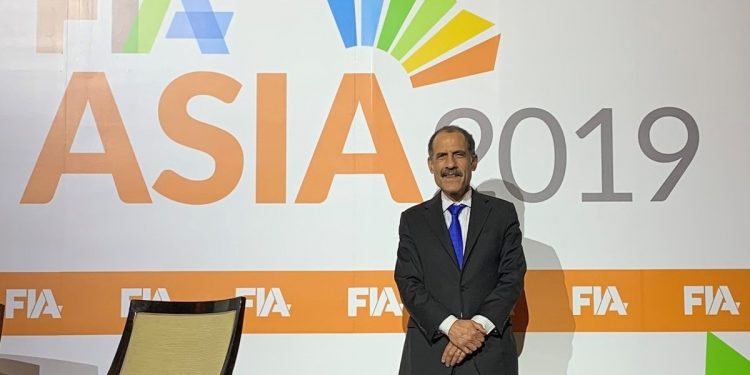 Dan M. Berkovitz, the newly appointed General Counsel at the Securities and Exchanges Commission (SEC) has received more than $2 million from banks, including Citigroup and Citadel.

Fresh out from his position as General Counsel at the Commodities Futures Trading Commission (CFTC), at the same time as Gary Gensler was its chair from 2009 to 2013, Berkovitz went to work for the same entities he previously oversaw.

He became a Partner at WilmerHale for five years until 2018 where he received a long list of payments from banks, hedge funds, and other financial institutions.

His own disclosure says he received nearly $1.2 million in income from WilmerHale, with payments of over $5,000 received by the likes of Citadel, JP Morgan, Barclays, Citigroup, Bloomberg, Morgan Stanley and others.

It does not specify just how much he received from any of the banks, with Berkovitz seemingly running his own workload under the umbrella of WilmerHale, thus was effectively receiving payment directly from these financial institutions.

After fattening his pockets with what in total is a payment of some $2.5 million, he went back to CFTC, but did not stay there long as starting on November the 1st he is to join his former boss and former Goldman Sachs partner at the SEC during a fairly crucial time for the agency.

SEC’s chair Gary Gensler promised a report on GME by the end of summer. Summer has gone and there’s still no report.

Citadel is accused in a class action lawsuit by GME traders of pressuring Robinhood to freeze GME stock buying during the short squeeze in January.

SEC has not stated it will investigate such allegations, with Gensler instead talking of the ‘gameification’ of stock investing.

His buddy, Berkovitz, will now perhaps help him further with that focus on ‘gameification’ after getting checks from Citadel, but whether the report will or will not address the crucial allegations, remains to be seen.

The clear conflict of interest where Berkovitz is concerned, however, is shown by an astonishing statement he made in June when he said in a speech:

“A threshold question is whether the public will benefit from disrupting the current financial system that relies extensively on financial intermediaries.”

He was speaking of decentralized finance (defi), with that an evolution of sorts from bitcoin’s invention of digital finance in the wake of the banking collapse in 2008.

CFTC and SEC were both accused at the time of being asleep at the wheel. Now we understand why, especially as Berkovitz continues to say:

“Intermediaries such as banks, exchanges, futures commission merchants, payment clearing facilities, and asset managers—such as many of you at this conference—have developed over the past two or three hundred years of modern banking and finance to reliably provide critical financial services to support the financial markets and the investing public.

Intermediaries also paid his checks, manipulated the price of money itself in Libor, engage in widespread insider trading, rigged the price of everything from gold to bread, and bankrupted the United States which gave them half a trillion of taxpayers money and continues to print to this day while kids have to pay $100,000 for university.

As everyone further knows, intermediaries can do all this because regulations do not quite apply to them as at worst they get a fine which usually amounts to less than 1% of their profits, a cost of business at its finest.

It is also those intermediaries that froze the public from trading stocks, which happened to benefit considerably Berkovitz’s former client, with defi protecting the public fully from these abuses and manipulations as anyone that can read code can be sure the regulations of the code can not be subverted with a few checks or petty fines.

The public thus has made it clear that they want such disruption of finance because they’re flocking to it, but as someone paid by Citidel and major banks, that he seemingly thinks he is placed to answer that threshold question while being unelected and unaccountable is perhaps not surprising.

But ultimately it is the public that decides, and to aid that public in its decision we publish in full Berkovitz’s 2018 financial disclosure to CFTC.