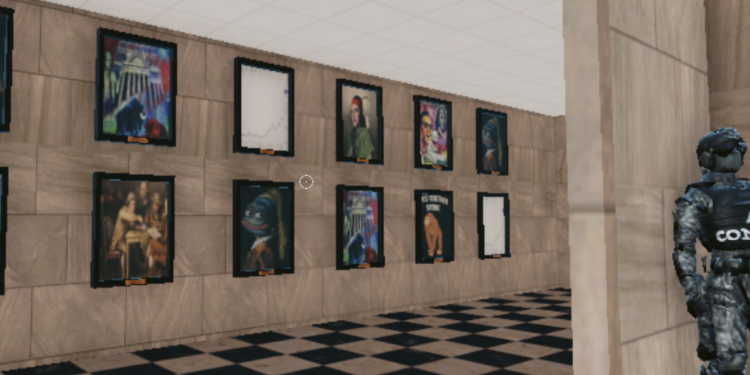 The invention of Non-Fungible Tokens (NFTs) seems to be taking the world by storm with hardly a day going by without a ton of press releases on the matter.

Usually however they were new startups or crypto projects, but more and more big traditional companies are moving in with TikTok being the latest.

“The NFTs will be made available on Ethereum and will be powered by Immutable X, which uses StarkWare’s innovative technology to create the first carbon neutral Layer-2 scaling solution for Ethereum.”

Carbon neutral. NFL is NFT-ing too in collaboration with Dapper Labs. They’re going to put out exclusive videos and let fans actually hodl them.

We’ve never heard of Dapper Labs. It seems to be a new startup working on Flow, a new blockchain that was seemingly built by the CryptoKitties guys.

While speculation continues on GME NFTs. We’ve asked for clarification but for now this is what we found on Decentraland’s new Wall Street town:

So what is an NFT? Well primarily currently an NFT is a painting or a video on the metaverse, the new digital 3d world that is kind of becoming cool.

You could for example build your own house there or secret club and give the coordinates to your friends on Decentraland and then show off your NFT video or painting or whatever you want.

You could maybe even charge for it, or display them to sell them, or if you’re a wiz kid then you could figure out how to encrypt it so plebs don’t see it, and then decrypt it when you want.

It’s basically digital art that you actually own, digital art which looks kind of rubbish in 2d, but looks pretty cool and even real in 3d.

As this is natively digital, it comes with all the powers of code, powers currently hardly explored because it is barely months old.

So brands naturally want to be where the cool kids are, especially as the metaverse in combination with NFTs can also open new business models, and can also open a new space for non business activities, like a thinkers cafe or digital gig or gamers hangout.

Thus while previously an NFT poem sounded a bit silly, in combination with the metaverse it feels like a legit expression of creativity that makes you feel good.

NFTs thus are booming, with this vast space currently unexplored as the artist class starts to rise.